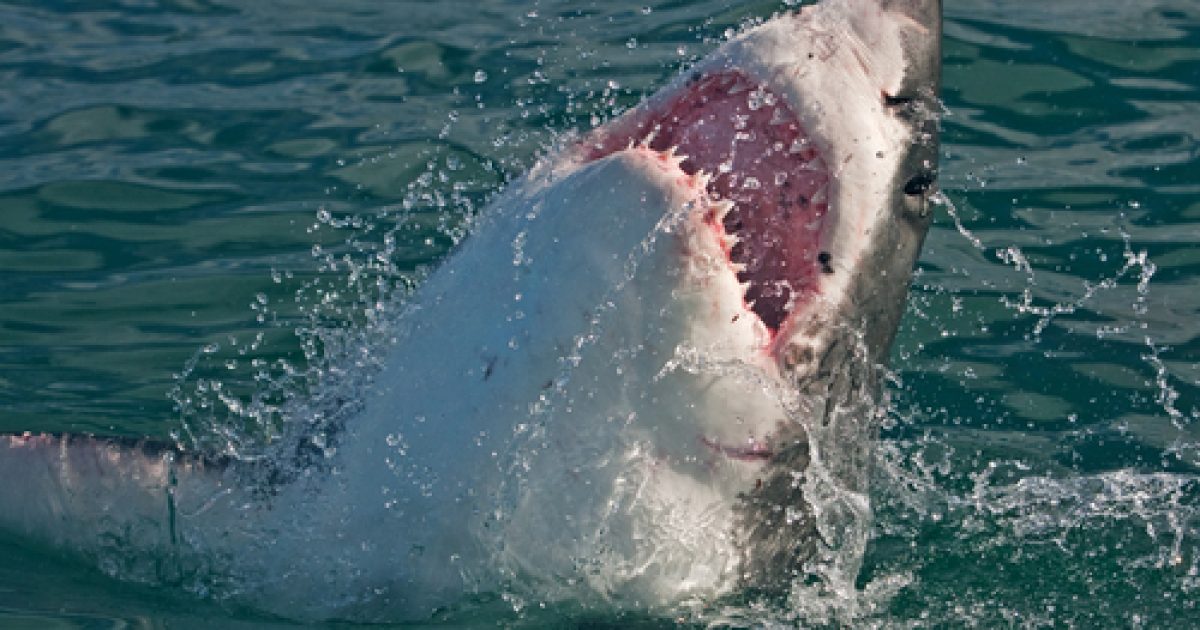 A well-known humpback whale off the coast of California has provided dramatic footage of a feeding great white shark.  The shark seems to be over 16 foot and possibly pregnant.  Those following the deceased whale in search of feeding sharks were amazed when the great white came in and begin to partake of a meal.  The footage provided by shark tagger, Keith Poe, allows an upclose and personal view of this massive sea predator.  Great whites are generally known for feeding on live creatures but can be opportunistic as witnessed in the video.  Nature is not always a pretty picture but this event shows the relationship between life and death.

“It took breaks between chomps, slipping into the ocean’s darkness for about 10 minutes before emerging for more.”

“Shark tagger Keith Poe, of Torrance, heard about the death of Scarlet last Thursday by whale-watching boat captains who notified Newport lifeguards so the 55-foot humpback could be towed offshore and away from the beach.”

“The need to tow was partly because it’s difficult to dispose of whales once they hit land, but also to remove the stench and sight of a decaying whale from the beach setting.”

“And also because with dead whales come hungry sharks.”