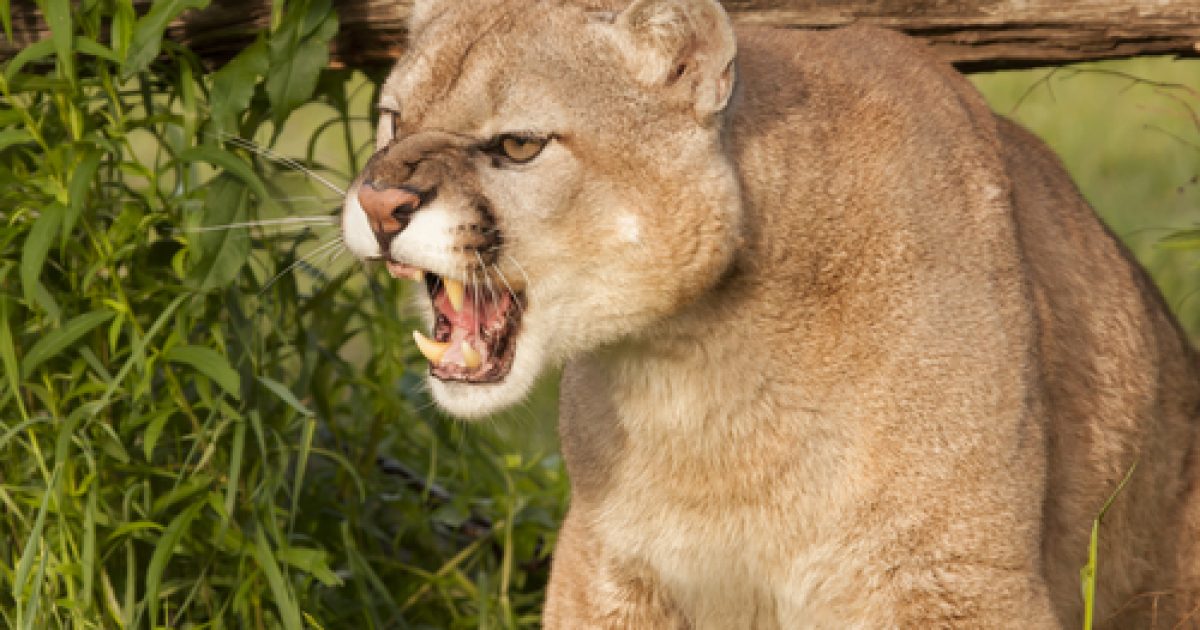 Imagine how terrifying it would be to have your home invaded in the middle of the night.  Now imagine the culprit being a large four-legged feline.   Unfortunately, for a California homeowner this is exactly what happened.  Though the resident was not exactly sure what was in the home at the time,  she was certain is was an animal.  Officials confirmed the mountain lion did enter the home and take the homeowner’s dog.  This seems to be an isolated case but it would be an extremely frightening event for anyone.  However, wildlife officials are asking residents to use sensible actions in regards to their property and pets to lessen the interactions with wildlife.

“A trace of mountain lion DNA was identified in a blood sample taken from inside a home in Pescadero, confirming reports that a mountain lion entered an occupied home and took a dog off the bed where the homeowner was sleeping.”

“The property owners are eligible for a depredation permit, which would allow them or an agent acting on their behalf to take the offending mountain lion. However, they opted not to receive the permit. No further action will be taken by CDFW.”