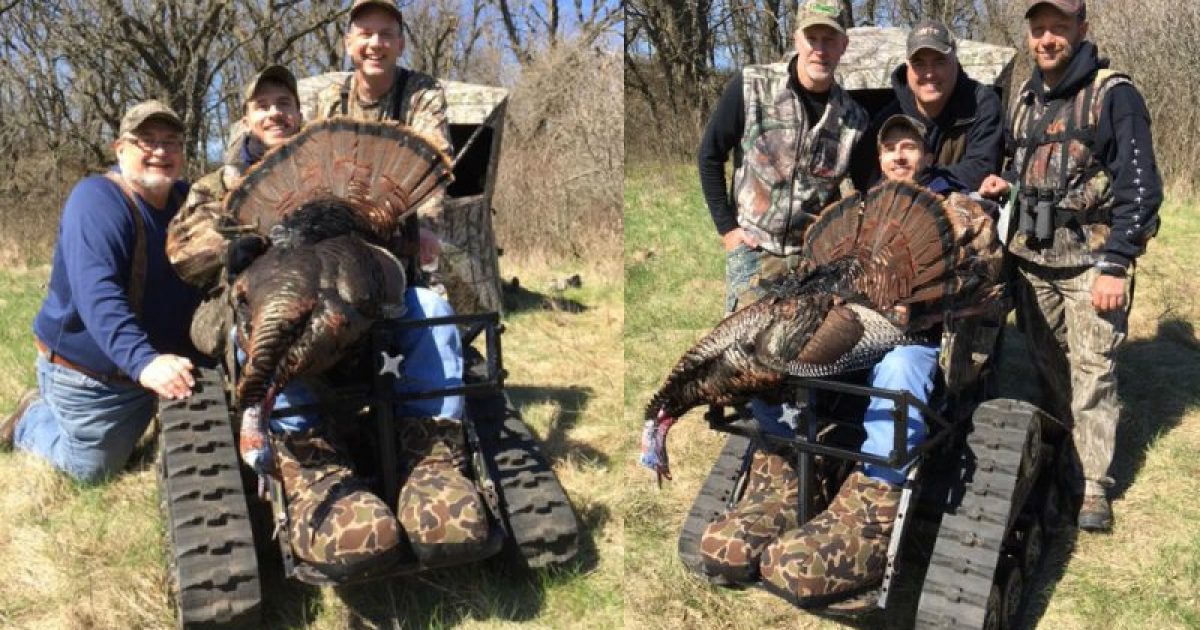 Jake Becksrtom, 28, suffered a severe spinal cord injury in 2005, when he dove into a friend’s backyard pool. Before that accident though, Jake absolutely loved to go hunting for deer and turkeys. However, his hunting days became ore of a challenge after he became paralyzed.

That did not stop him though! A family friend, with some serious engineering skills, built Jake an ‘innovative bracket’, aka the Mckenzie Mount, for his wheelchair. The bracket enables him to aim and shoot crossbows. Before, Jake only hunted with guns, but after 2007, he had to change the game in order to continue what he loved.

Here is Jake in his wheelchair, with his Mckenzie Mount and his crossbow. 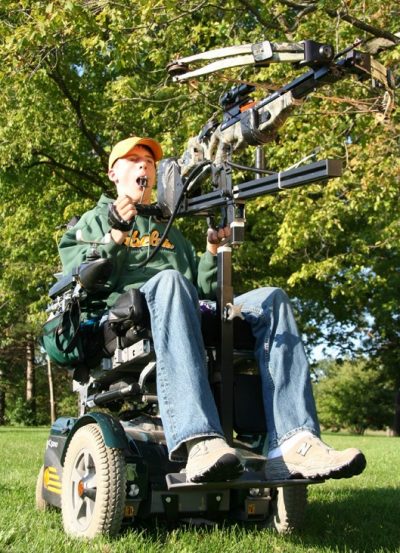 Pretty neat, huh? Now with the crossbow, someone still has to cock the bow and flip off the safety, but due to the aid of a mouth clip and trigger cable, Jake can handle it after that.

During mid-September of his freshman year of college (2007), Jake and his dad visited my parent’s property in western Wisconsin. On Jake’s very FIRST afternoon of bowhunting in his life, he arrowed a small whitetail doe and then a tall-tined 4×4. Sitting beside Jake as he shot that 8-pointer from a box blind built just for him on that remote food plot is the No. 1 highlight of my hunting career. Period.

As the years went by, Jake joined me and my family and friends for several more weekend bowhunts in Wisconsin, and although he never shot a bigger buck than his 8-pointer, Jake proved over and over again that he was deadly with his TenPoint crossbow. Through the years, he also traveled a few times to my in-law’s land in eastern South Dakota, and it was there that he killed his first archery turkey, a jake during a late-afternoon bowhunt. 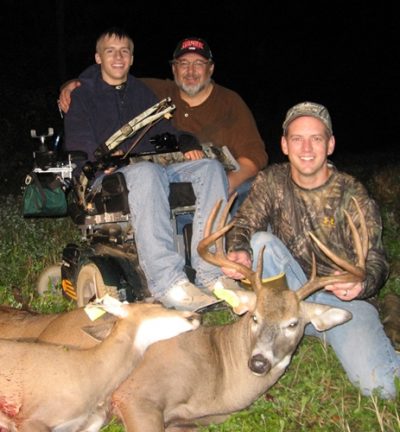 Here is the hunt recap from Facebook, the morning that Jake was able to get this beautiful gobbler! 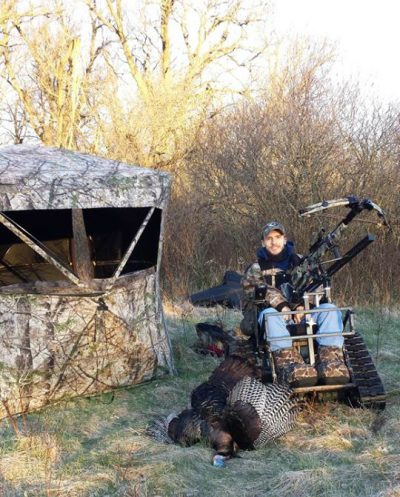 Son Jake killed this fine South Dakota gobbler just before 6:30 a.m. this morning. We heard him gobble from the roost, fly down when the sky was still grey, then slowly move and gobble in our direction, all the while staying out of our sight in the river-bottom. Three soft yelps on my slate call brought him up over the lip and onto our plateau, straight out from the shooting window. For nearly 20 minutes, at 44 yards, Jake and I watched him fan, spit, drum and fuss through an encounter with a live hen that pitched down right in front of him – then with a lesser tom that sidled in from the flank.

Finally, the dominant bird moved toward the single-hen decoy set 15 yards in front of the blind. Jake took the tom from atop the deke with a shot from his crossbow as the gobbler did an X-rated tap dance on the faux hen’s back.

Thank you Dave Maas and his in-laws for the invitation to hunt this property. And a big thank you to Chris Gulden, Scott Gulden and Bill Botzet, who helped huck the pop-up blind, crossbow, folding stool, etc. etc. a quarter-mile to the ambush spot, and get it all set up. And gratitude for Jake’s Action Trackchair for getting him where he needed to be this morning.