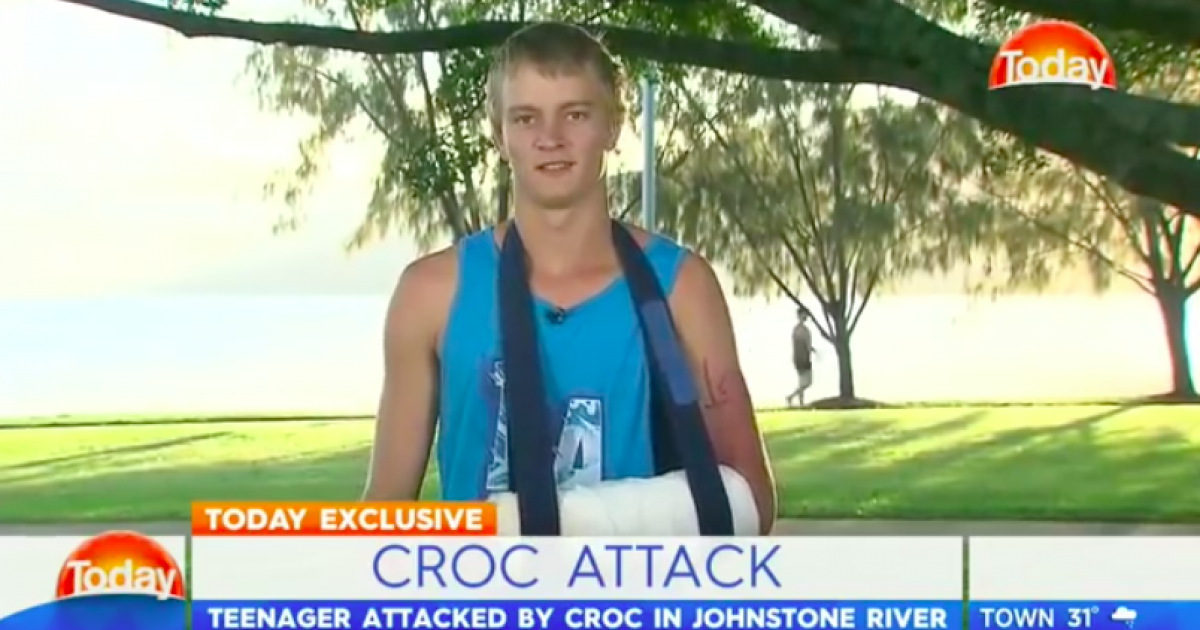 We have all been there at some point: trying to impress someone we are interested in, even if we do something stupid in the process. However, I don’t think many of us go to the point of a near death to do so.

Lee DePaauw, an 18-year-old Australian, decided to jump into crocodile infested water, on a dare, in order to impress a British backpacker that he found attractive. Not his best idea. Lee was mauled by a croc, after dove into Johnstone River, around 2:30 am.

The woman DePaauw was trying to impress told reporters no one actually expected him to go through with such a ridiculous idea.

“He sort of made this claim ‘I’ll swim out and back,’ (and) at first we just said ‘don’t be so ridiculous’ and didn’t think he was going to go through with it,” British backpacker Sophie Paterson told reporters. “It all happened very fast, pretty much as soon as he jumped in, there was splashing and screaming.”

Never underestimate the power of a pretty girl, I suppose! Also, there are ways to impress them that don’t involve flirting with death!