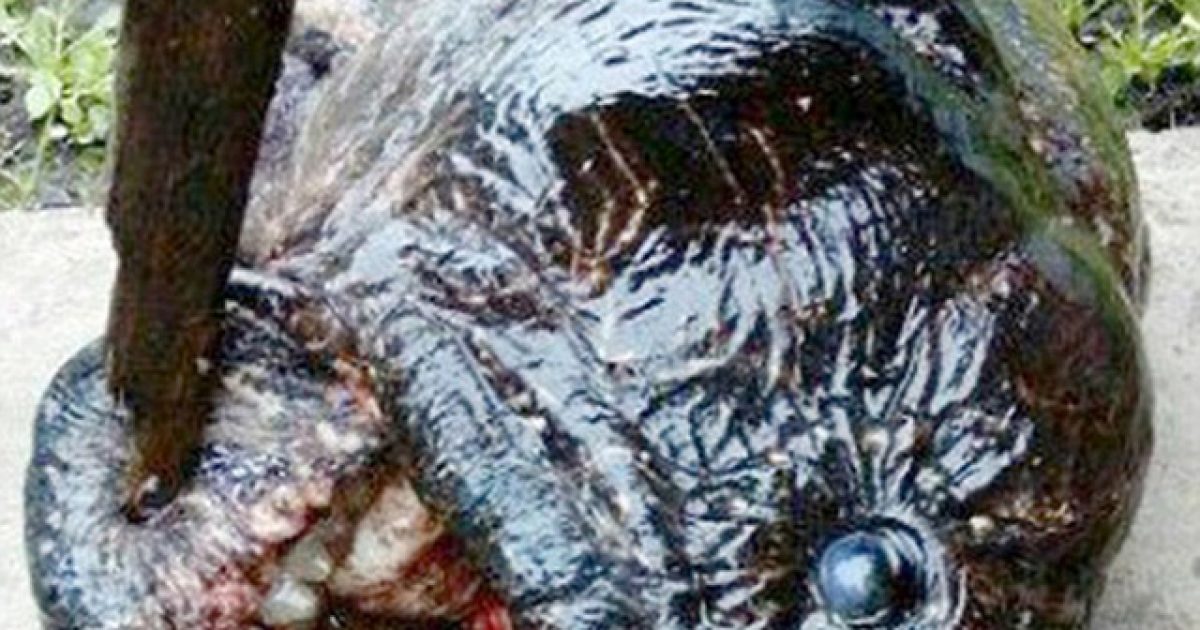 I grew up on a lake in Florida. That lake had many potentially “dangerous” creatures, such as gar, snakes, and gators. Ironically, I was bitten by a gator, but the gar were still what scared me the most. Funny isn’t it? Yes, gar have teeth, but they couldn’t so anywhere near as much damage as an alligator could.

Well those gar have NOTHING on the river monster they found in Russia! The “fish” looks to be a terrifying mutation of some sort….if not a whole new, scary species, with some MASSIVE chompers. 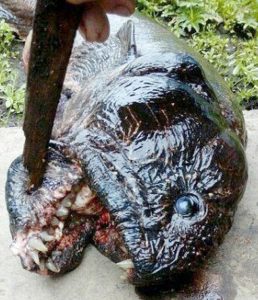 In the Kama River in central Russia’s Udmurt Republic, a group of fishermen caught this massive—and highly unusual—fish using only simple earthworms as bait. They had no clue what they’d found. 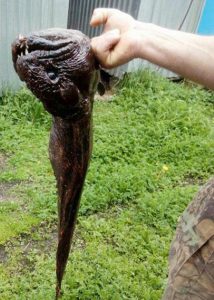 Estimated to be at least two feet long, its identity stumped everyone. The fishermen suggested that it might have been a mutated freshwater fish called the Chinese sleeper (Perccottus glenii), which originates from eastern Asia’s Amur River.

Others claimed that the toothy fish was a piranha or an eel, though that seemed unlikely. What could have caused such a strange mutation in this fish? Nobody seemed to know for sure. 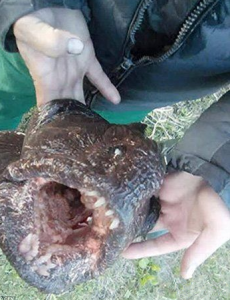 If you ask me, its skin or scales….or whatever its outer layer is, looks like it was thrown on the grill and burned for 15 minutes past cooked. Ick.