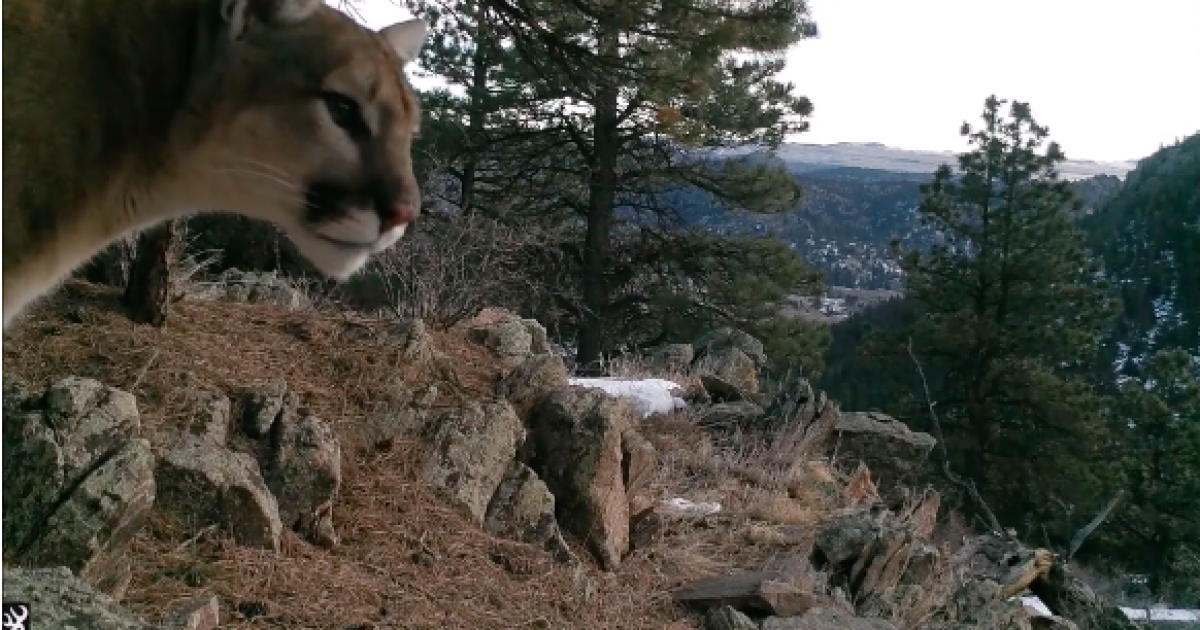 This is a pretty epic trail cam gem. It perfectly captures the calling of a mountain lion and it’s……a sound i’ve never heard before!

According to comments Jason made on Vimeo, he captured this video in northern Colorado.

“I am amazed at the actual population around as they are so rarely seen,” he wrote. “It was close to the Wyoming border, north of Redfeather.”

The description of the video on Vimeo states: Juvenile Mountain Lion Calling Others.

And because Jason is much more of a mountain lion expert than we are, we won’t question him. Whatever this mountain lion is trying to communicate, the video clip is surprising and entertaining.

What’s the wildest thing you’ve caught on your trail cam?