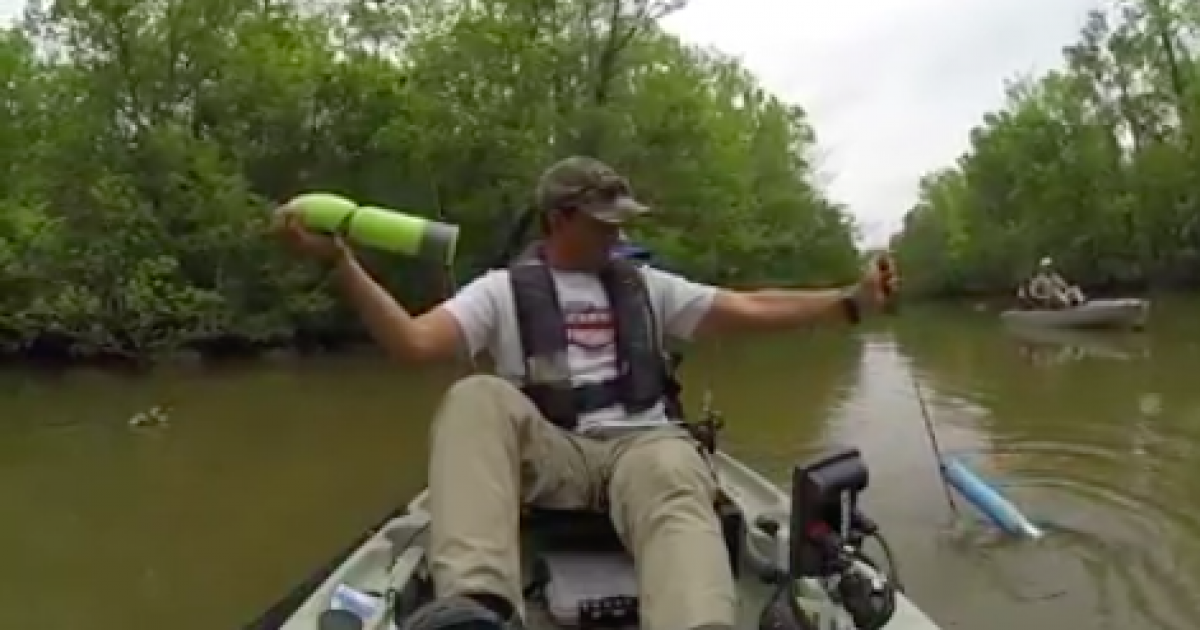 In the video below, there is a man, and someone that sounds like a child, on a what looks like a self-propelled kayak. They seem to be enjoying themselves as they paddle around and check their lines.

The water is murky so you cannot see what, if anything is on the line. You can see him pull up to where the floater is located, and reaches down to pull it up. He appears to struggle a little, probably assuming he had a pretty big catfish.

The excitement builds when suddenly he finds the end of his line and realizes he did not catch a fish, but something much more terrifying!

The video was uploaded by Youtuber Lance Burgos. His caption with the video said:

“See what I found on a noodle near our campsite. It wasn’t what I expected. Kayaking and camping at Lake Fausse Point State Park, St. Martinville, La., will never be the same. Shot with GoPro Hero 3 on the afternoon of April 9, 2016, near Pack or Paddle Site 5.”

For more of his videos, visit his Youtube channel.