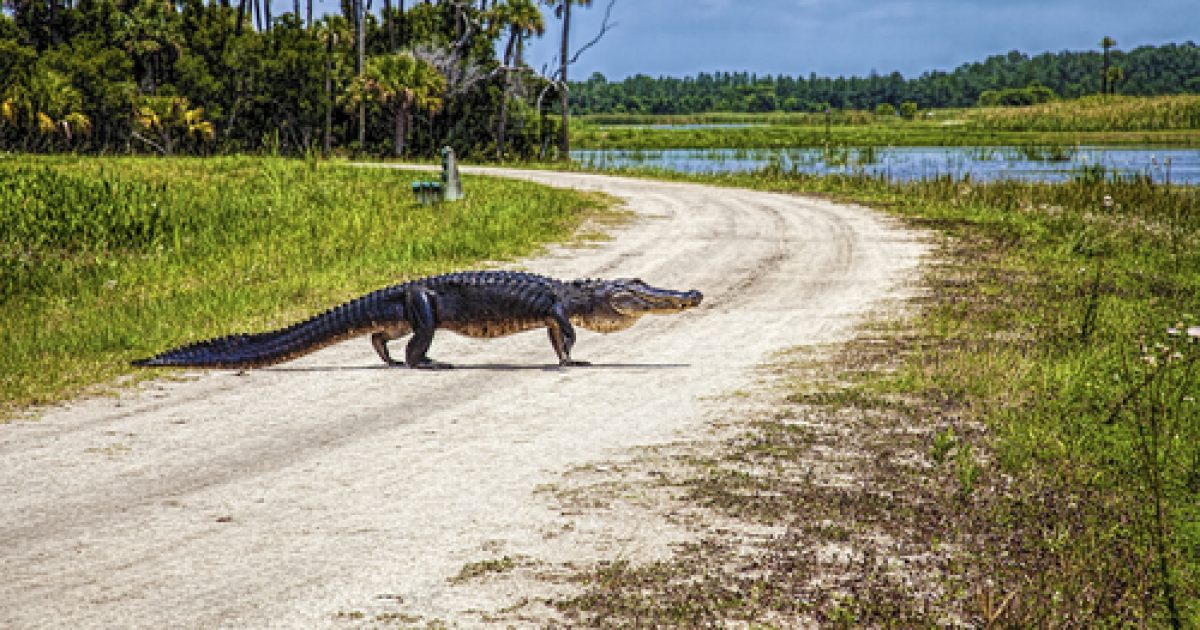 We’ve all heard, be aware of your surroundings.  Well, that saying is also vitally important when you are outdoors, especially in gator country.  For some tourists in Florida, they almost had a big surprise.  However, the tourists may not even know how close they came to a gator encounter.  As everyone was locked in on a big alligator crossing the walking path, a wildlife photographer began to video the big gator.  Several others stopped to watch as well.  They just had no idea what was happening behind them!   It is easy to become focused on what is right in front of you but it doesn’t hurt to take a look over your shoulder every now and then.  Even though it may have created more of an issue if the tourists had turned around to see the situation they were in!  Watch and see what happens to the unexpecting gator watchers!

“Put yourself in the following scenario for a moment. Imagine you are on a walk at a nature preserve, and you come across a massive alligator crossing your path. Everyone, including a wildlife photographer, pulls out their camera to document the scene. You’d expect those photos to be once-in-a-lifetime memories, right?”

“Well, what if there was another stunning memory, waiting to be documented, happening right behind you?”

“Wildlife photographer Alex Figueroa was on the scene when, at a nature preserve, a gigantic alligator was filmed crossing a path meant for visitors to the park.”