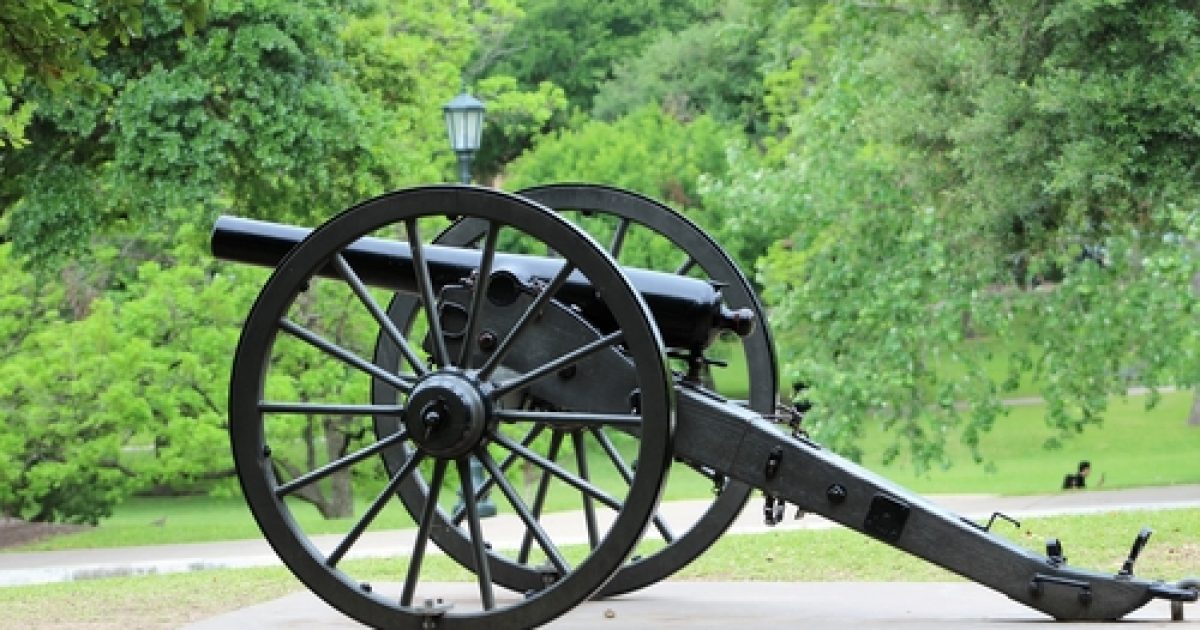 We have all heard, everything is bigger in Texas.  Now a resolution for a state gun proves the old saying to be true!  The new state gun could be a pretty big gun, the cannon!  For a state with a love of their guns this seems like a very fitting piece of legislation.  The cannon also represents quite a bit of history in Texas.  This touch of history is even replayed at all University of Texas home football games where a cannon is fired.  So if you are going to have different objects to represent your state, I cannot think of anything better to represent Texas than a cannon!

“Though Texas lawmakers through the years have seen fit to designate dozens of symbols, including an official pollinator (the western honey bee), cooking implement (the cast-iron Dutch oven) and shell (the lightning whelk), they have not yet given the seal of approval to a weapon, despite the state’s famous fondness for arms.”

“But a resolution to make the cannon the official state gun passed through a senate committee hearing on Thursday, the first step toward the plan becoming law.”

“The Texas cannon resolution references the 1835 battle of Gonzales, when Mexican soldiers tried to take a cannon from a group of Texans who resisted, marking the beginning in earnest of the Texas revolution.”