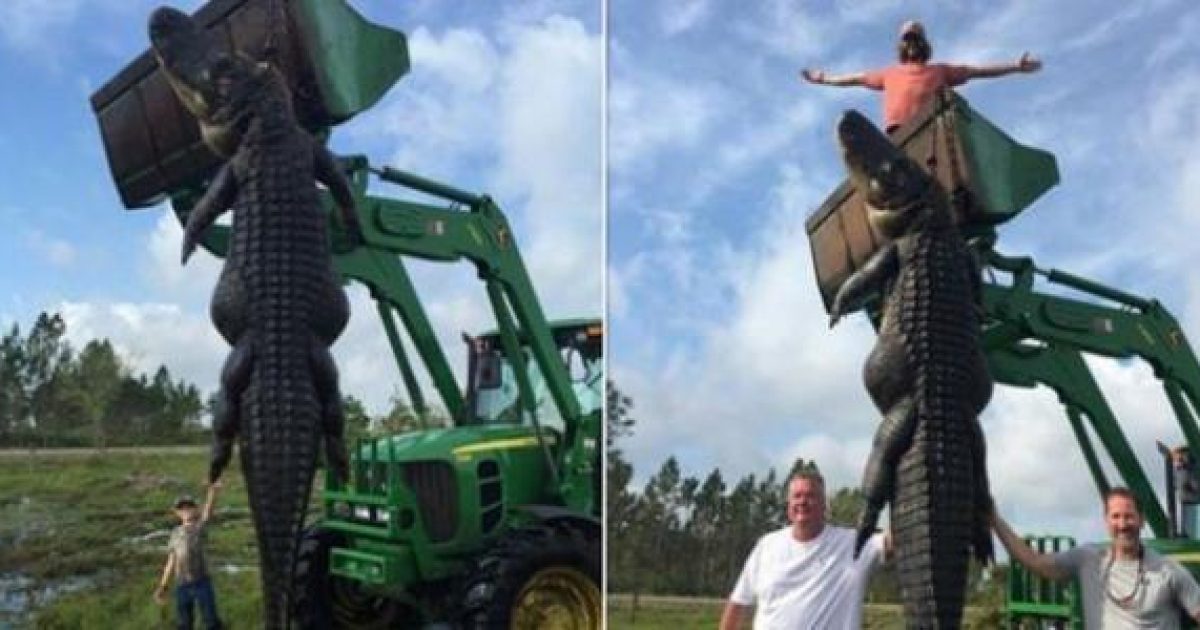 Wow, talk about a tall tale! Only this one is 15 feet long and weighs about 800 pounds! Yikes!

Alligators are extremely smart, and they can easily maneuver around fences and other barriers that are meant to keep them out. When I lived in Florida, we had a house on right on the lake, complete with a dock. It was a skip and a hop from our back door to the water’s edge.

Our neighbor’s back yard was fenced in, and they would often let their dog out to potty in that area that was thought to be safe. However, one day they let the dog out and left. When they came back, there was an alligator in their back yard, and sadly, their dog was no where to be seen. As they called animal control, the alligator began scaling their chain-linked fence to descend back into the lake. That was the day we all learned that alligators could easily climb. However, that gator was nothing compared to the one that a Florida farmer and hunter duo bagged.

Lee Lightsey, the owner of Outwest Farms in Okeechobee, and hunting guide Blake Godwin discovered the alligator in one their cattle ponds while on a guided hunt. They believe the gator had been feasting on the farm’s cattle.

“We … discovered the remains what we determined to be cattle in the water. We determined that he was in fact attacking our livestock as they came to drink,” Godwin told Fox13.

The guide said Lightsey shot the gator as it surfaced about 20 feet in front of them. Godwin said the animal was so big that the pair had to use a farm tractor to pull it out of the water.