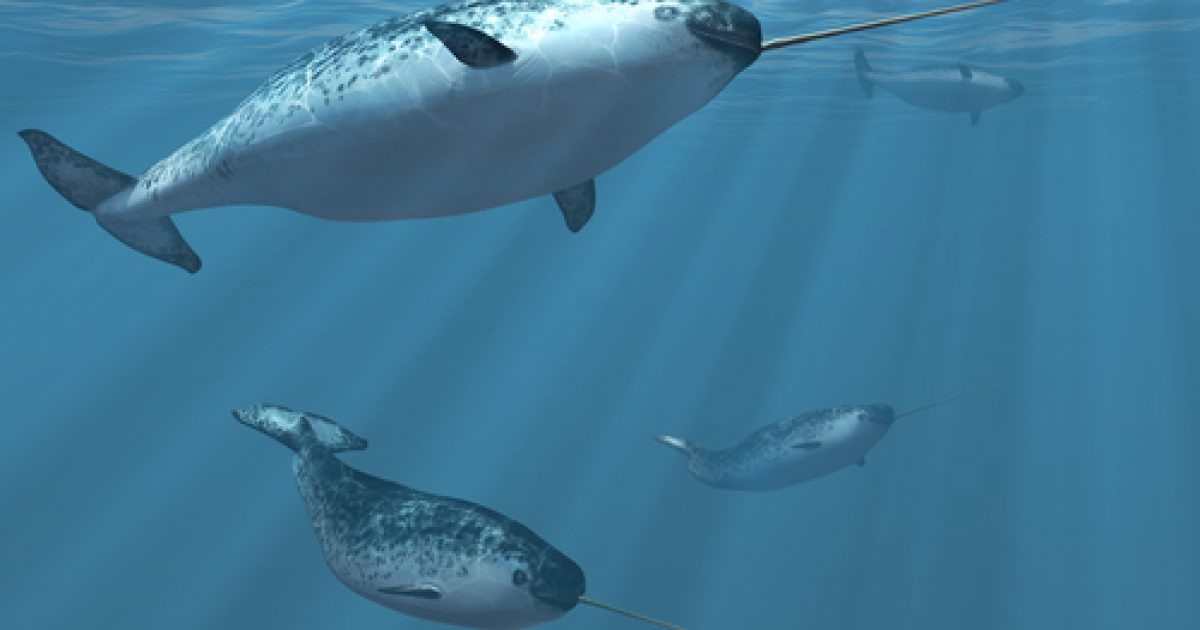 Narwhals are known as Unicorns of the Sea.  These whales live in the Artic Ocean and have a protruding canine tooth often times called a tusk.  The purpose of this tooth has been debated and studied for many years.   Technology lends itself handy in many instances nowadays, but for narwhal researchers it may provide key answers.  Newly released drone footage seems to show how Narwhals use their tusk.  Could it be the Narwhal’s tusk is actually used as a predatory tool when the whale is hunting?  Researchers will continue to study the Narwhal and hopefully document further footage.  As the song says, it seems the ‘Narwhal is causing a commotion while swimming in the ocean!’

“With their long, spiraled tusks, narwhals are among the most distinctive-looking creatures of the ocean. Experts have suggested many possible uses for the narwhals’ tusks, but newly released drone footage suggests a surprising and important use for their signature appendage: to hit and stun prey.”

“The purpose of this careening canine is not fully understood. Experts have proffered a number of theories about how narwhals might use their tusks—from cracking ice, to spearing fish, to digging on the ocean floor—but “none of these behaviors have ever been observed” writes Kristin L. Laidre, a principal scientist at the University of Washington’s Polar Science Center.”