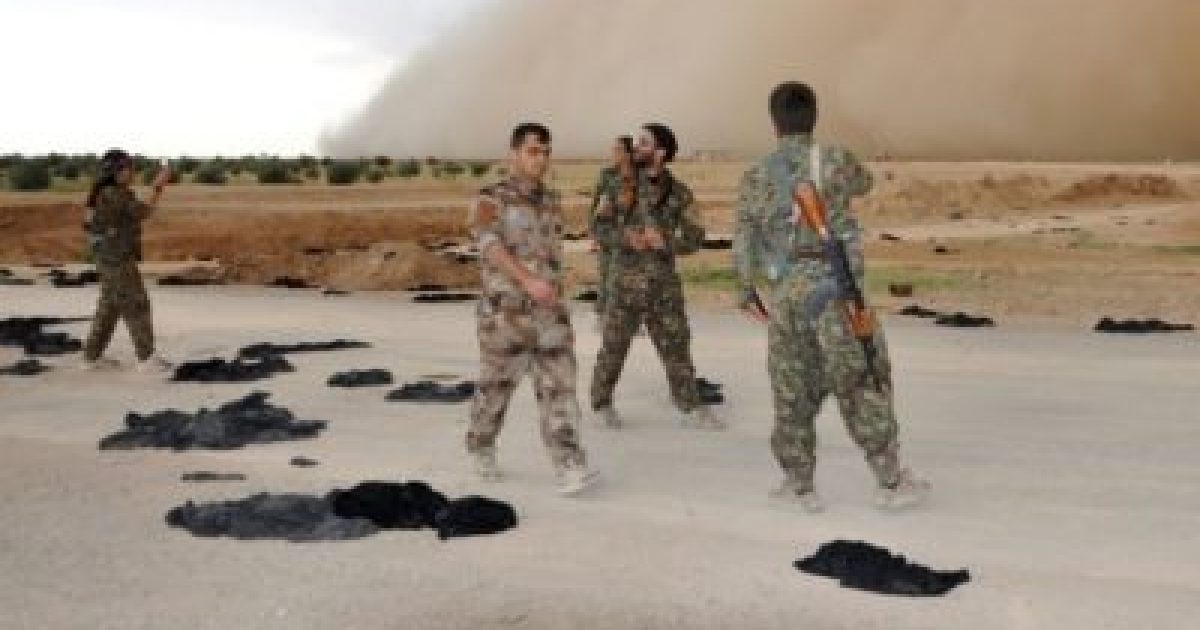 Wow. They say a picture is worth a thousand words, and some are worth more than that! This photo shows a powerful message that cannot simply be felt with words. You can see dozens of black veils that have been discarded by women who were fleeing the terrors of Islam and ISIS.

The veils that dotted the route to ISIS stronghold, otherwise known as Route to Raqa, were ripped off and tossed by women that were fleeing the ISIS bastion as “US-backed fighters” were closing in.

After seeing this photo and knowing the background of it, ask yourself this question: is wearing a hijab really the women’s choice? It is so famously told by Muslims in America that to wear it is their choice and they take pride in it. However, the women who are forced to wear the “cloth coffins” discard of them the first chance they get. That does not sound like a “choice” to me.

Outside the village of Tishreen Farms, 17 kilometres (10 miles) north of Raqa, the Syrian Democratic Forces could be seen laying sandbags to protect themselves from IS car bombs and snipers.

With air support from the US-led coalition, the alliance of Kurdish and Arab fighters has seized swathes of territory from the jihadists, who were stationed less than a kilometre away.

“Most of the women tear off their robes and burqas as soon as they arrive at our positions,” an SDF fighter said, speaking on condition of anonymity.

“Some of the women stomp on the robes because they finally feel safe and are finished with Daesh,” he added, using the Arabic acronym for IS….

They literally stomp on the stripped robes because they are so HAPPY to be free of those prisons. So if this religion is so peaceful, then why are they fleeing for their lives, risking death to get away? That is a rhetorical question because I think we all know the answer to that, whether you’d like to admit it or not.