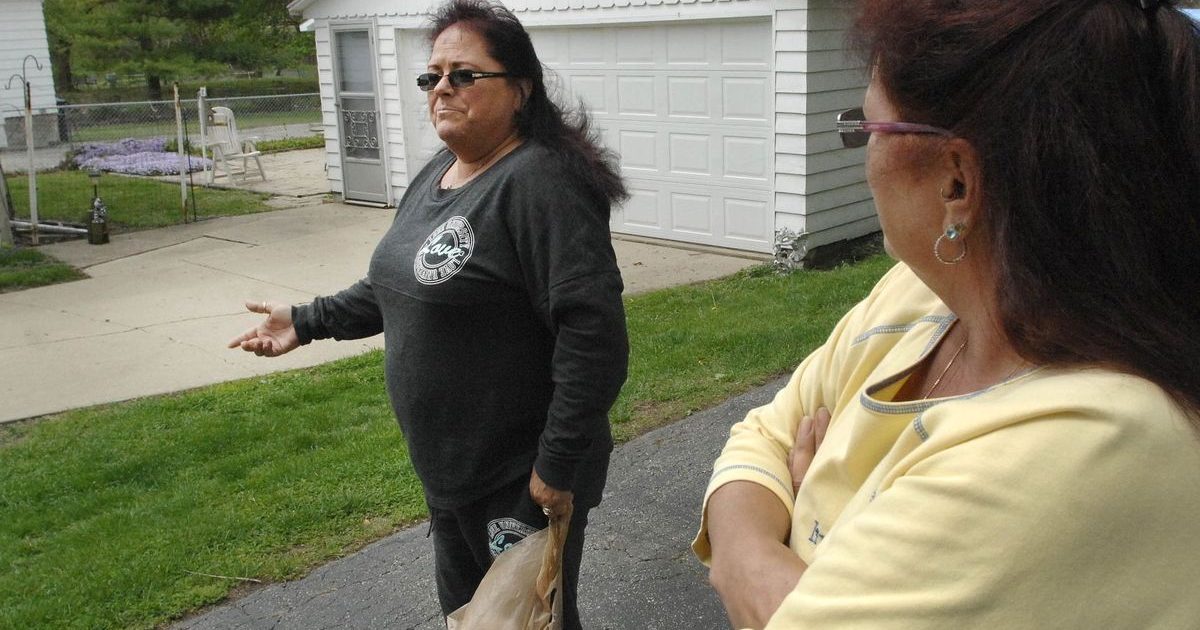 Early Friday morning, an Ohio woman was left “fearing for her life” after a man tackled her in her parent’s garage when she discovered him in there.

Sinnott and her twin sister, Tamie Lesher, arrived at their parents house the night before to celebrate their father’s 75th birthday. The next morning, they noticed something was wrong. Sinnot said, “About 1:30 a.m. the alarm went off in the house. We noticed the light on in the garage. We saw somebody walking in the garage,” as her mother handed her a .32 handgun and her sister grabbed a pipe. Together, they walked out to the detached garage.

Kim Sinnot said, “Anything could have happened by just the way he lunged at me, and I had the gun in his face and told him not to come out because I would shoot,” she continued, “He probably thought I wouldn’t shoot.”

She said, “I told him that I had a gun. I was standing there looking at him with the gun pointing at him. I told him a hundred times not to come out because I had a gun and that I would shoot and that we were waiting for the cops, that we had the cops on the line right now.”

The intruder opened up the overhead garage door and “lunged at me and tackled me, and we wrestled all the way over to my sister’s car,” said Sinnott.

“He grabbed me and pulled me down and that’s when I shot (him), and he ran off that way,” she said, pointing to the 900 block of Clayton Street where police apprehended the suspect.

“When he grabbed me and pulled me down I was fearing for my life,” said Sinnott. “I shot him just for him to let me go. I don’t know if it was in the leg or in the foot. I was scared to death.”

The suspect, 21-year-old Mykale B. Davis of Bloomington, was taken to a local hospital for non-life-threatening injuries, authorities said. He has been charged with one count of burglary and one count of battery.

Davis was held at the McLean County jail in lieu of posting $5,270, a bond that includes $200 for an unrelated misdemeanor theft case. First Assistant State’s Attorney Adam Ghrist asked that a previous personal recognizance bond in the pending misdemeanor case be revoked.

A May 21 arraignment is scheduled.

Police continue to investigate the incident, including whether the gun was registered. The state is also reviewing it, “but based on the facts at this time no charges are anticipated” against Sinnott, Ghrist said.

The city rarely sees this type of intruder shooting.

“There have (only) been three the last decade,” said Bloomington police public information officer Elias Mendiola.

Sinnott said she was not injured, but was “still shook up because I had my granddaughter in (the house) with my parents. My folks aren’t doing too well. They’re elderly.”

The sisters were born and raised in the house where their parents still reside. Their parents added the alarm system after a previous burglary.

In this latest incident, the sisters said the intruder made himself at home, getting a soft drink out of the refrigerator in the garage.

“He was scoping out the tools, opened some doors and checking on his work bench,” said Lesher.

While Sinnott says, “I hope it never happens again,” she is still thankful that she was there to protect her family and had a gun to do so.