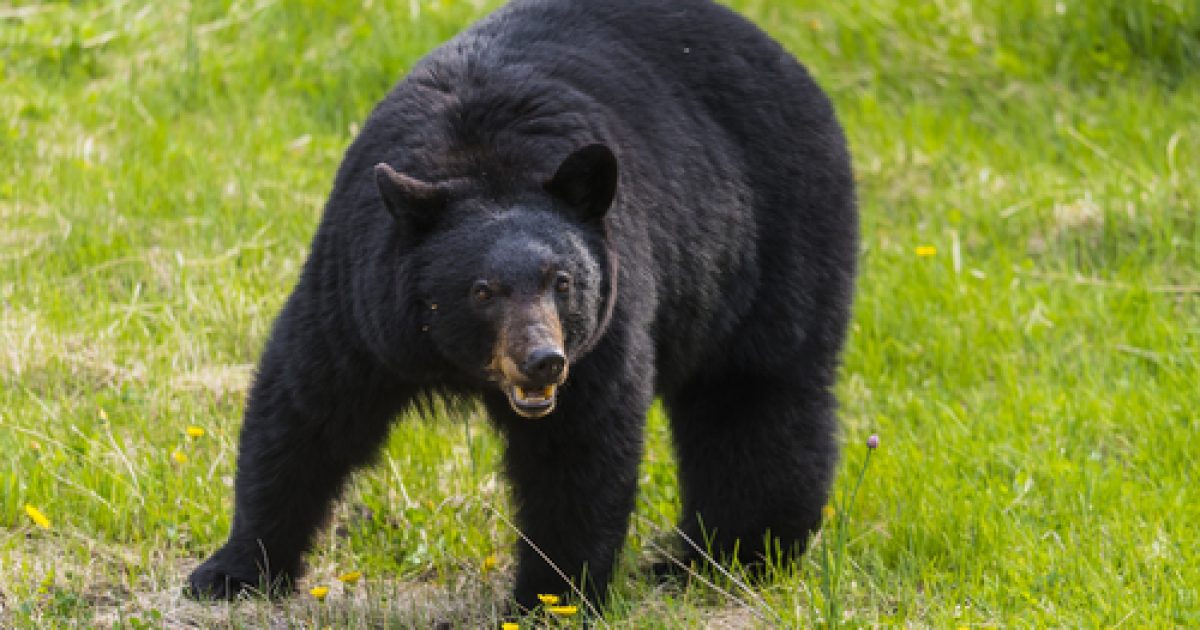 When I hear of fatal bear attacks I generally think of grizzly bears.  Often times bear attacks have similar conditions such as a sow with cubs or being surprised.  Unfortunately, this past Monday in Alaska at the Pogo Mine, two employees were attacked by a black bear.  Sadly, only one of the employees survived.  The report is not final on what happened with the attack or what led up to it.  However, the black bear was an adult male.   Makes me wonder if the bear was having some type of health issue that could have led to the attack.      Keep reading for more on the incident and how to stay safe in bear country.

“The fatal mauling of a Pogo Mine contract employee by a black bear on Monday, June 19, remains under investigation by the Alaska Department of Fish and Game. Early reports suggested the attack showed signs of being predatory, but biologists say further examination of events and the bear involved is needed before a definitive conclusion can be reached.”

“Two Pogo Mine employees were reported attacked by the bear, one fatally, late Monday morning. The surviving employee was rescued by a mine helicopter after calling for help on a radio. Interviews after the incident indicate the bear broke off a subsequent attack on the survivor when the survivor deployed bear spray. The bear was subsequently killed by a mine employee who returned with a rifle. A department veterinarian who accompanied Alaska Wildlife Troopers to the scene to recover the bear carcass identified it as a cinnamon color-phase adult male. A necropsy has been performed on the bear and analysis is pending.”