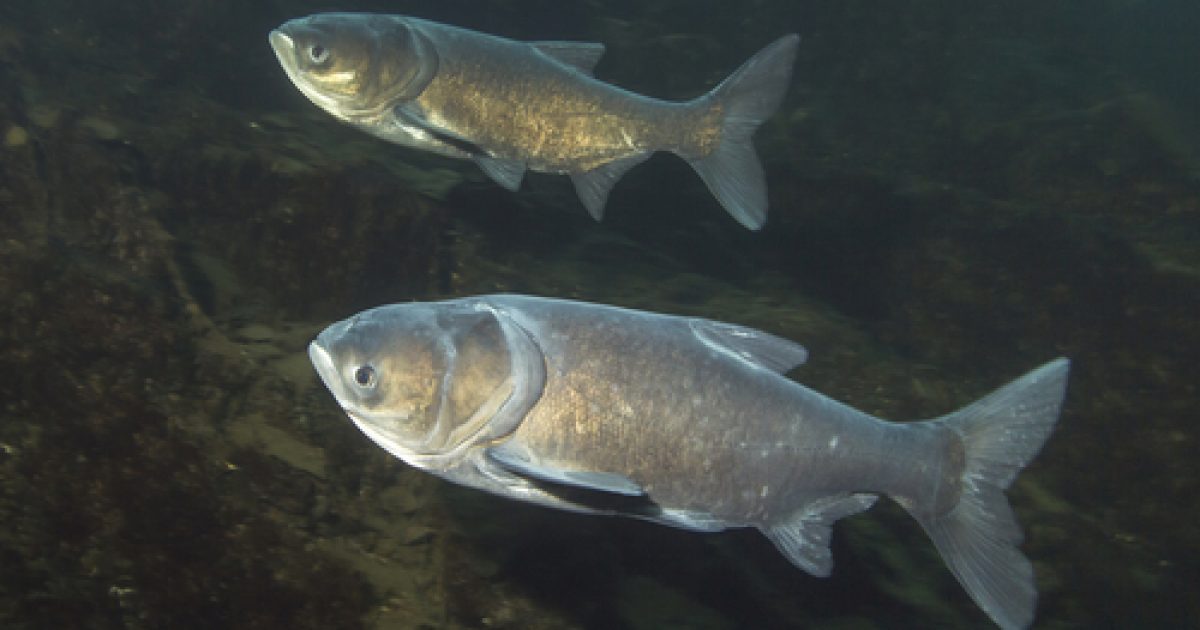 Another huge invasive fish species has been caught.  This time a bighead carp weighing in at over 60 pounds was landed by a Minnesota resident while bow fishing.  These types of invasive fish are a detriment to native habitats.  Bighead carp are native to eastern Asia and often times used in aquaculture due to their fast reproducing cycles.  Many times the carp are also used to help improve the quality of water at sewage facilities.  Unfortunately, this is probably how they made their way into our rivers and streams.  When water treatment plants are flooded the carp move out as well into natural habitats.  This is when the issues arise.  Invasive species feast on foods needed by native species so having these type of carp in native waters are not a good thing.  Thankfully, this carp is no longer in the water!

“A bighead carp caught recently near Redwood Falls is the largest invasive carp caught in Minnesota and a clear indication that the unwanted fish is making its way deeper into the state.”

“If they were to spread, invasive carp would compete with the state’s native species for food and habitat.

The carp, recently captured by a bow angler, weighed 61.7 pounds and measured 47½ inches long. It was caught in a private gravel pit after it apparently found its way from the nearby Minnesota River when it spilled over into its flood plain, connecting the pit and the river.”

“The bighead is among three invasive carp species that have been caught over the past 25 years in Minnesota. Most made their way up the Mississippi from other states where their populations are booming.

Frohnauer said he and other experts are confident that the invasive carp aren’t breeding because crews monitoring them haven’t found any fish eggs, larvae or juvenile fish.”