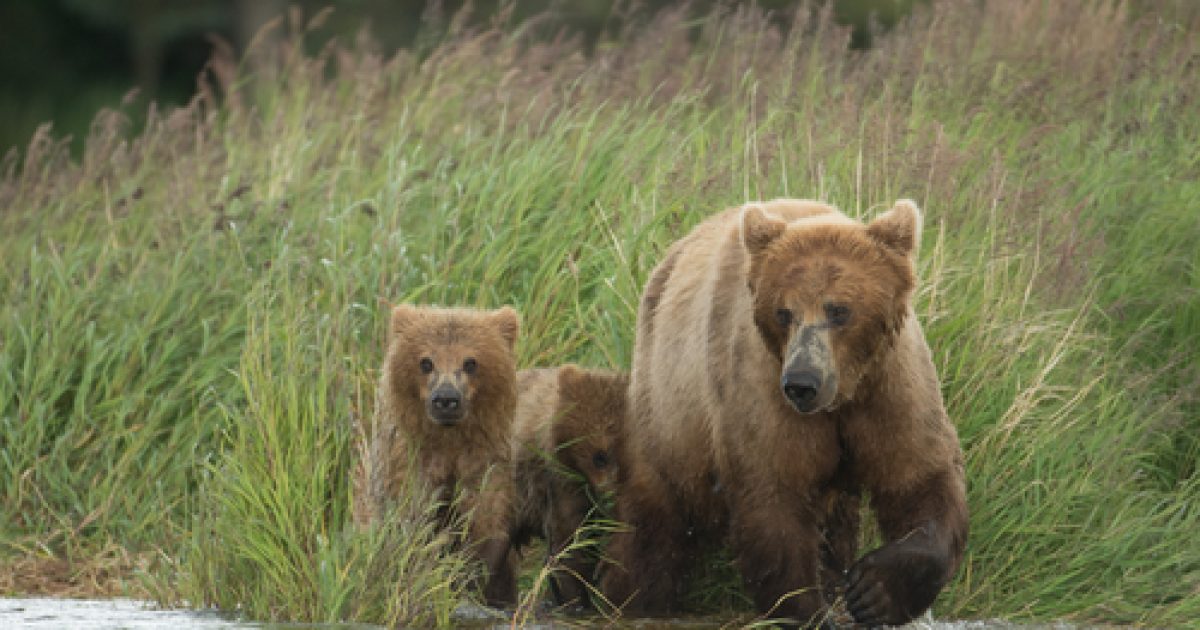 Bears are out and about!  With hibernation over, bears are out looking for food sources to keep them nourished.  The sows are working extra hard to make sure her cubs are being fed as well.  Many times this leads to human versus bear interactions.  Bears can become accustomed to feeding on trash, livestock or poultry.  Unfortunately, when this happens its bad for everyone involved.  Campgrounds can become bear attractants if campers do not stay bear aware and use smart practices.  Last week, three Alaska youth had an encounter with a griz sow and her cubs.  Though three of the teenagers were injured, it could have been much more tragic.  Always be smart in bear country and use precautions!

“Three juveniles were mauled Wednesday after coming across a grizzly bear and her two cubs while they were hiking in a heavily wooded area just north of Alaska’s largest city, in an area were two aggressive bears have already been killed this week.”

“Anchorage police said that while responding officers were searching for the hikers, they were charged by the bear and shot at it. The bear took off into the woods, Armed game officers took up the search, Marsh said.”

“Game officials said two bears were killed in the Eagle River area earlier this week. Eagle River is an Anchorage suburb, located about 10 miles north of the city.”