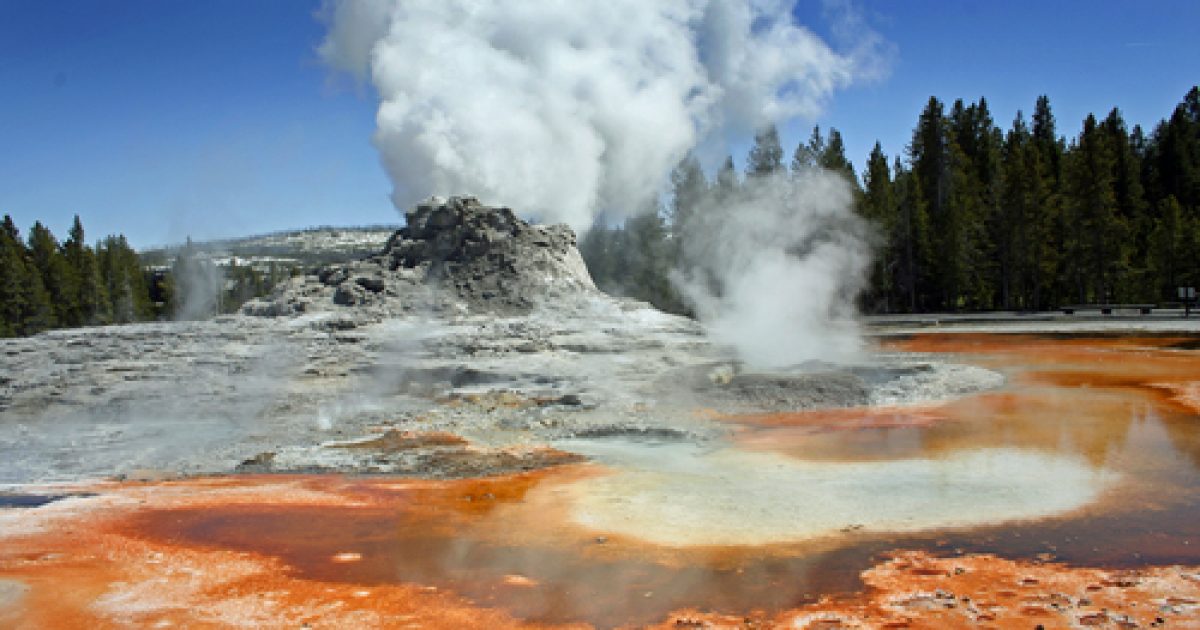 I was twelve years old when I visited Yellowstone National Park for the first time.  The day we arrived it was rainy and gloomy and our first stop was a place called Hebgen Lake.  In 1959 at Hebgen Lake a earthquake struck and killed 29 people.  I can vividly remember my visit that day, especially how the dreary weather gave an ominious sense of dread.  I bought a book written about the killer quake later that day in the park and read it over the length of my trip.  Fast forward a few years to another visit to Montana.  I was awakened in the middle of the night to the house shaking and dishes rattling in the cabinet.  A quake had struck near Ennis, Montana that night.  The quakes I’ve felt have been minor but major enough for me to realize I don’t want to live in quake country.

Yellowstone is known as a super volcano.  We joke every time we visit that we hope it doesn’t blow while we are there.  Seriously, the park is a constant study by scientists due to the caldera it sets upon.  Just seems everytime seismic activity picks up in the park so does the media sensationalism!

“A recent swarm of more than 400 earthquakes in and near Yellowstone National Park has caused some people to worry that Yellowstone could soon be lost to a blaze of molten rock and ash from a super volcano.”

“In the past seven days seismologists have recorded 477 seismic events in an area east of Hebgen Lake. Several of the events were earthquakes that measured over a magnitude of 2, the strongest occurring around 7 p.m. Thursday, June 15, with a magnitude of 4.4.”