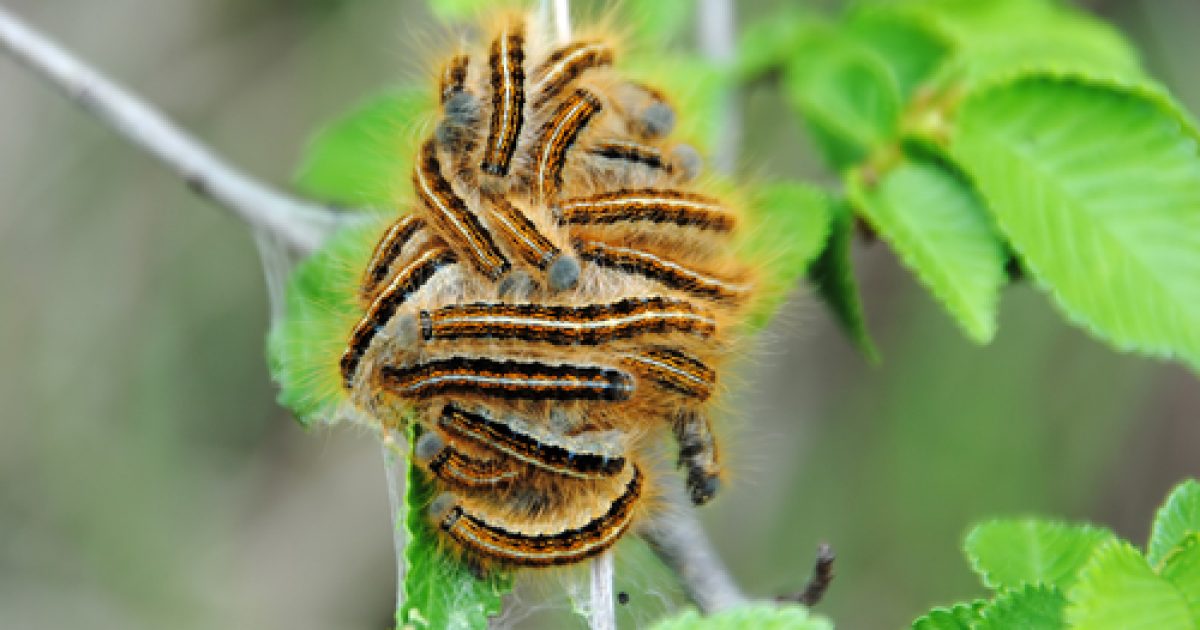 Growing up in Virginia, many weekends were spent camping or hiking Shenandoah National Park.  Often times, the adventures would begin when we hit the Blue Ridge Parkway and drove up the Skyline Drive.   I have tons of memories from those drives.  Big timber rattlers, a ruffed grouse hen with young, black bear cubs, Peregrine Falcons and huge whitetail bucks just to name a few. However, one memory that sticks in the forefront of my mind doesn’t involve wildlife, per say.  That one memory, unfortunately, is the destruction of our decidious forests from invasive gypsy moth caterpillars.  To this day , over 20 years later, the evidence is still there!

It is so hard to fathom how something so small can do so much damage.  Now, Rhode Island is working to educate the public on preventing the spread of this destructive caterpillar.  Keep reading on how you can do your part to save our forests from the vicious little creatures!

“As campers prepare for their upcoming getaways, the Rhode Island Department of Environmental Management (DEM) is urging vacationers to inspect their vehicles and equipment to be sure they aren’t inadvertently transporting gypsy moth caterpillars to and from other areas.”

“Gypsy moth caterpillars are often found on cars, campers, motor homes, boats, outdoor furniture and equipment. To help slow the spread of gypsy moth to non-infested areas, travelers are being asked to carefully inspect, clean and remove any caterpillars that are found immediately before leaving on or returning from trips.”

“An outbreak of gypsy moth in the mid-1980s defoliated 411,000 acres of Rhode Island forestland.”