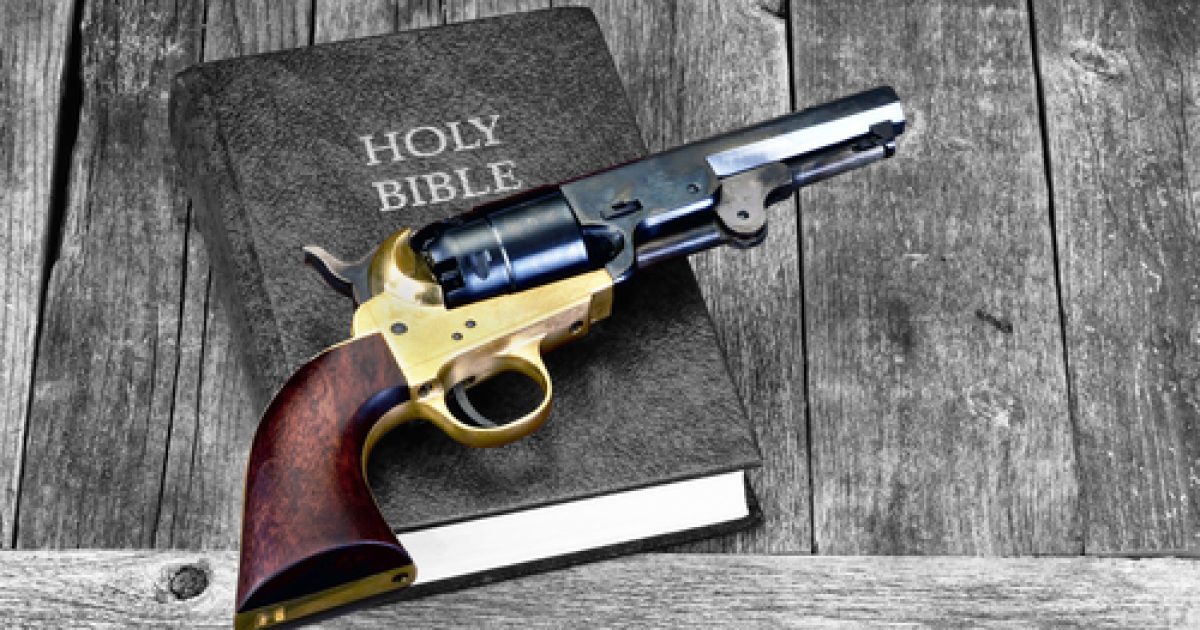 When all else fails load your guns and pray.  Seems this is a sentiment we hear more and more of these days.  Thankfully, Patrick Hale had guns to protect his family and property.  Once loaded, he began to pray.  If not for those guns and prayers, this situation could have been very different.  You never know what frantic killers will do in any given situation.  Based on the records of these two Georgia prison escapees,  these two convicts were capable of anything.  When Mr. Hale realized what was happening he knew he had to react.  I cannot image how terrifying the situation was for the homeowner and his family.  Thank goodness he was prepared with guns and prayer!

“The hero Tennessee homeowner who deputies say helped nab two escaped inmates wanted in the killings of two prison guards says it was divine intervention that helped him.”

“Hale told a news conference that he heard Thursday that escapees Donnie Rowe, 43, and Ricky Dubose, 24, were in the area he got his guns ready.”

“The manhunt for Rowe and Dubose focused on Tennessee Thursday evening after the fugitives invaded a home in Shelbyville, held a man and his wife hostage for several hours and fled in their Jeep.”