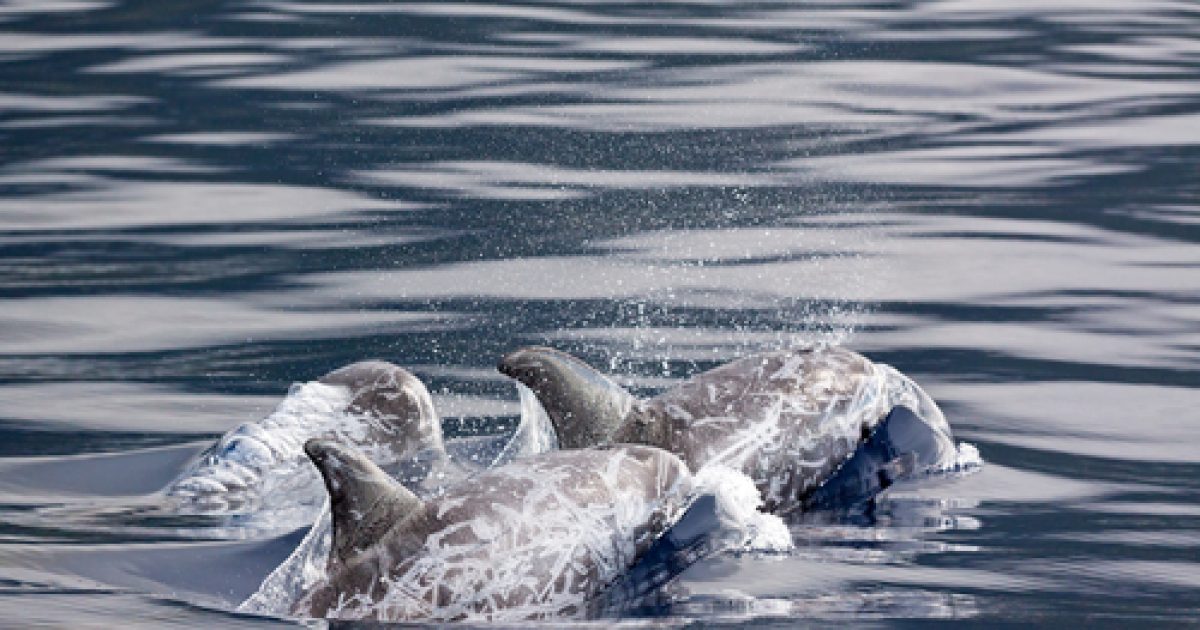 Whale watchers out for a tour recently in Monterey Bay witnessed an extremely rare sight.   Seems the first sighting of this young Risso’s Dolphin in the bay was back in 2015.  Now, two years later the dolphin still appears healthy and growing.  What makes this dolphin sighting so rare?  The young dolphin is albino!  Researchers say albino births are extremely rare, one in 10,000!  What an awesome experience for those sightseers!  Keep watching to see the footage taken aboard the whale watching boat!

“Although the eyes aren’t quite as visible in the newer pictures, the confirmation that this is the same dolphin as the one that was spotted in 2015 means that it is a true albino, due to the pinkish color of the eyes— rather than blue, which would indicate a leucistic coloration.”

We caught up with the albino or leucistic Risso's Dolphin calf again today! Seen aboard The Greatland on our 9:00 a.m. trip on 6/9/17.