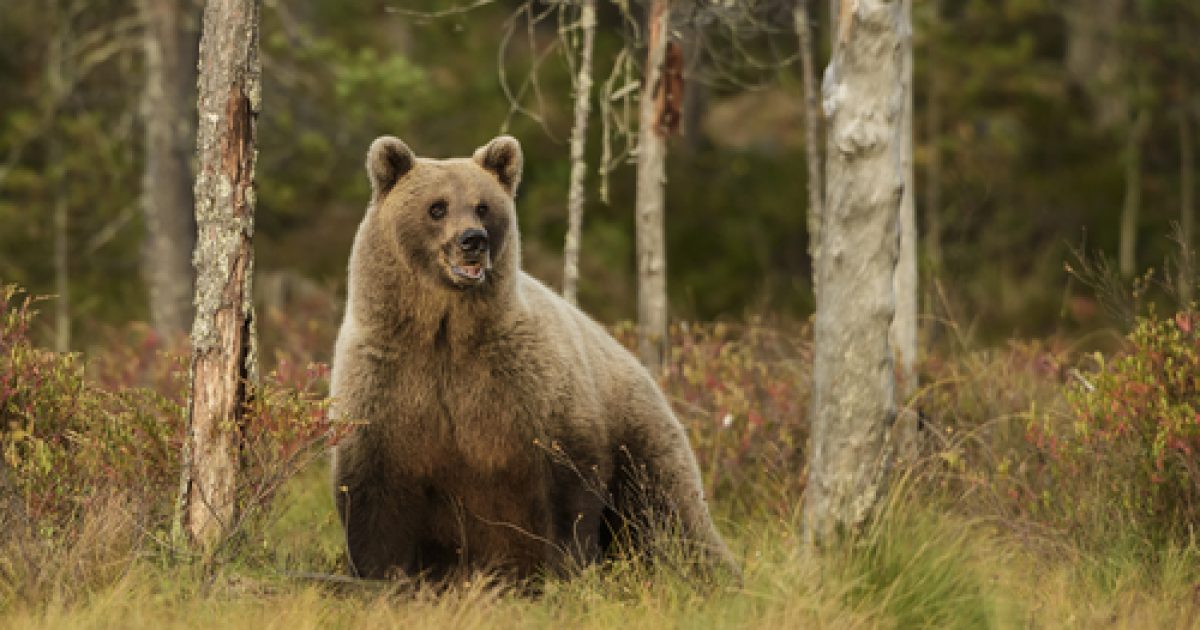 I take an evening walk as well as an early morning walk each day.  A couple of weeks ago a neighbor stopped by to say she’d seen a bear earlier that day on her walk.  Honestly I hadn’t thought anything else about it.  This weekend I took my evening walk a little later than normal on Saturday.  My new chocolate lab puppy and I barely made it out of the driveway when another neighbor stopped me to say the bear had been seen three times in different places over the neighborhood.  One sighting was even a little cub!

For some reason my walk didn’t sound quite so enticing and I love nature and most all it’s creatures.  We kept walking, maybe a little faster than normal.  For some reason I became a little more aware of my surroundings as I walked through a stretch of road with big blackberry patches on each side. The next day I decided to change my route.  Its not that I mind seeing a bear., I would prefer to see the bear before the bear sees me!

For a farmer in France, he probably wishes he’d seen the bear that killed hundreds of his sheep first as well.  Though the bear wasn’t attacking all of the sheep a panic ensued.  Once panic set in the sheep lept to their death over a 650-foot cliff.  What a horrific sight for this farmer who makes his livelihood raising sheep!

“Hundreds of sheep in a herd belonging to a farmer in Couflens in the southwest of France have plunged to their deaths in what appears to be a bear attack on one of the sheep.”

“Bear fur was found on one of the bodies, and The Local reports that an analysis of it does point to a bear prompting the scare, which came almost exactly a year after more than 130 sheep died similarly.”

“A local branch of the French farmers’ federation is furious nonetheless. Sheep breeders have previously protested the presence of bears and wolves, which they say threaten their flocks and livelihood.”