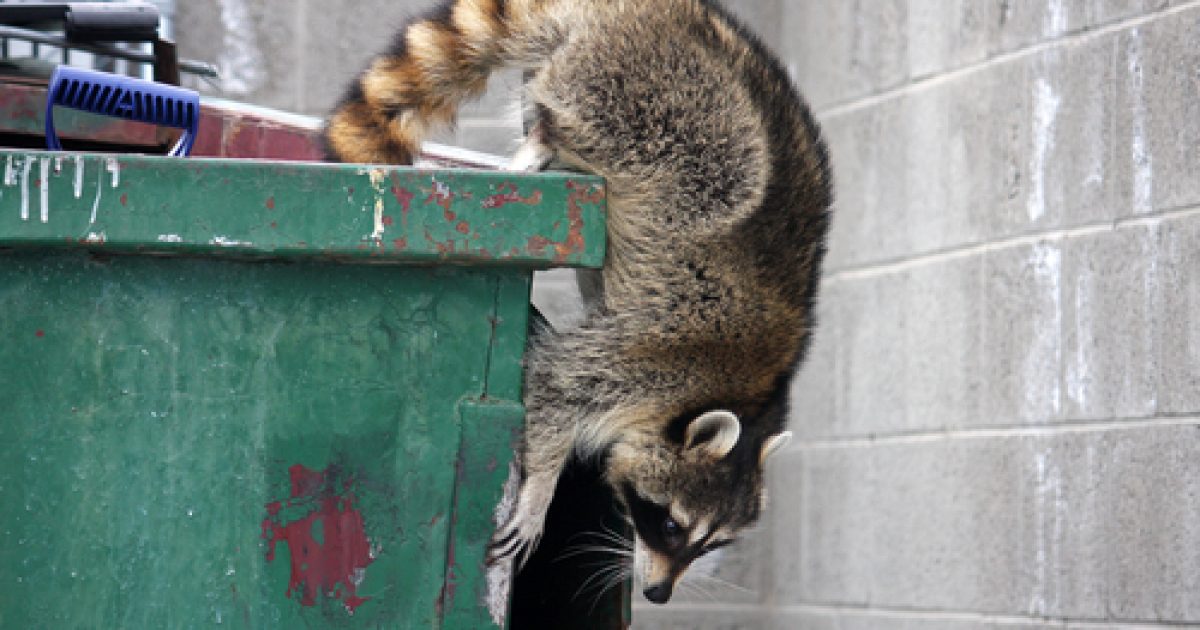 The kids and I were at the pool a few weeks ago when I looked up and saw a racoon coming across the parking lot.  The masked bandit made its way across the gravel to a wooden fenced in area that just happened to house two large trash bins.  Several of the folks were grabbing their children and seeking shelter while I patiently watched.  The racoon climbed up the fence, took a few acrobatic steps across the top and began to feast on garabage.

I listened as one pool-goer called Animal Control to have the racoon removed.  I struck up a conversation with the lady sitting beside me about the problems we caused for wildlife.  She looked at me like I had three heads replied that the racoon could hurt us. Needless to say, I packed up and decided to call it a day.  As soon as I took one step out of the pool gate, the racoon took off like he’d been shot at.

Now don’t get me wrong.  I’m not saying I wanted to run up and give him a hug.  Wild animals are wild and they need respect.  Just keep your wits about you when encountering wildlife!  North Carolina Wildlife Resources Commission is offering tips on what to do if you encounter animals, such as foxes, in your area.

“The N.C. Wildlife Resources Commission reminds residents that fox sightings during daylight hours are possible and normal. Foxes commonly live in suburban and urban areas and can be active both during the day and at night. People who encounter foxes do not typically need to take any action, but they should exercise caution to prevent unwanted interactions.”

‘“Simply seeing a fox should not be any cause for concern,” said Jessie Birckhead, the Commission’s extension biologist. “Sightings can be more common in the summer months while people are enjoying the outdoors. It’s during this time that foxes can be seen foraging for food and raising their young.”’

“Fox attacks on humans and domesticated animals are rare. Foxes can carry rabies, a fatal disease transmitted from animals to humans by bites, or by contact of rabies-infected blood or saliva with an open wound. Rabid foxes might exhibit signs such as aggression, disorientation, stumbling and excessive salivation. If you believe you have encountered a rabid animal, call your local animal control.”
Continued Reading