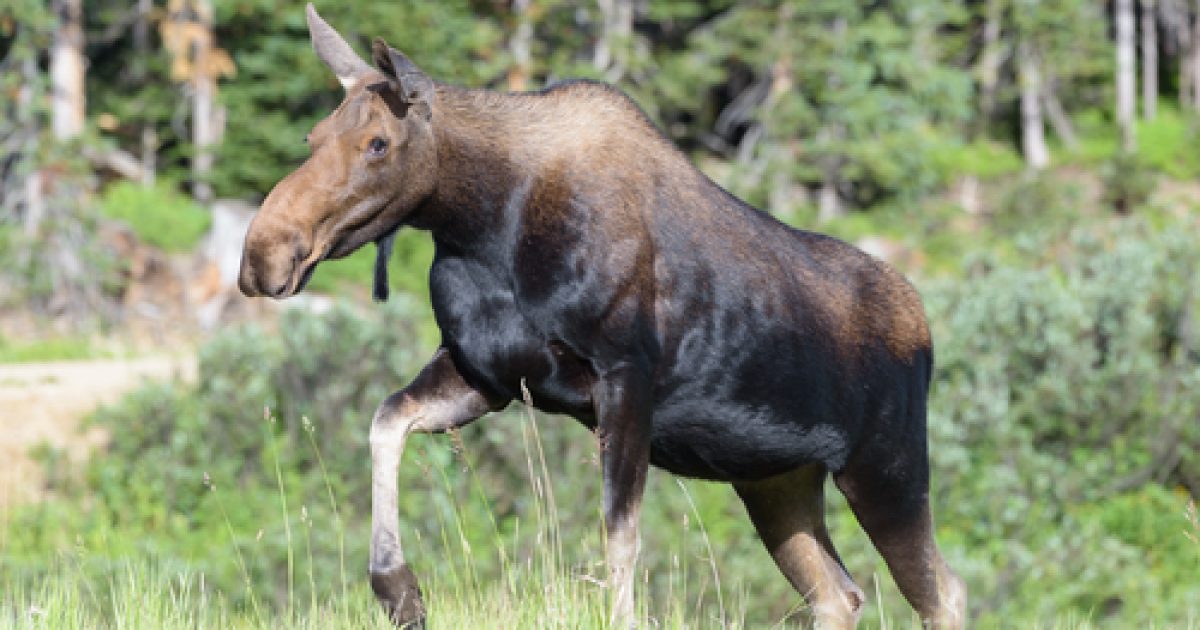 For one Butte, Montana woman she is lucky to have escaped a moose attack with only a broken bone.  The lady was out walking her dogs when she came across the moose who in turn charged her.  Though there are not a lot of details on what happened it could be several factors.  Wildlife can feel threatened by pets as well.  Be wise when taking hikes in moose country, especially this time of year.  Be cognizant of your surroundings and make noise while walking.  It is always better to be safe than sorry.

“A local woman faced an angry moose — and broke her wrist in the process — on Little Basin Creek Road south of Butte last Sunday.”

“Regan Dean, state game warden, said the woman was out with her dogs about 9 a.m. when she came face to face with a moose. Details on exactly what happened weren’t available, and the victim refused to be interviewed by the newspaper. But she broke her wrist during the encounter, said Dean.”

“Dean said moose will turn aggressive if they feel threatened.”