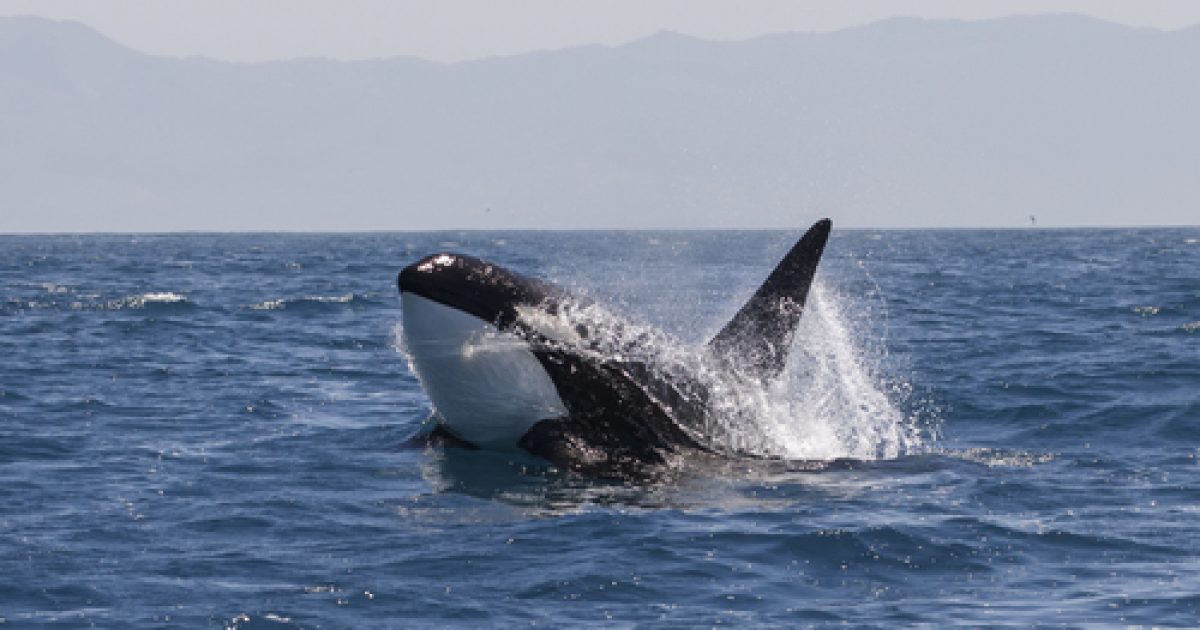 You just never know what kind of adventure you will have at sea.  Going out for a day of fishing for a father, his son and a couple of friends turned into a harrowing experience.  Their aluminum boat was bumped by what the father thought was a shark.  The creature turned out to be an orca and it wasn’t being friendly.  Victor Littlefield’s son was able to video some of the attack including when the orca grabbed ahold of the anchor rope!  I’m sure it was a few hair-raising moments for everyone on board.  Maybe orcas thought sharks were getting too much attention this week.  Thankfully Littlefield and his passengers were not harmed in the attack!

“Victor Littlefield, his 14-year-old son and two of his son’s friends were on his 33-foot aluminum boat Sunday as it lay anchored near Little Biorka Island when the boat suddenly lurched violently to one side.”

“Littlefield’s first thought was that he was being attacked by a great white shark.”

“But it wasn’t a shark. It was a killer whale, which had just rammed the side of the boat. ”

“The orca hit the boat several times before it grabbed the anchor line and yanked on it, moving the boat around and then swimming toward the boat and slapping the bow with its tail. ”

“Al Duncan, assistant special agent in charge of NOAA Fisheries Law Enforcement in Sitka, said he hasn’t come across any instances of aggressive orcas like this one. There have been some reports of orcas going after commercial longline fishing boats for food but this one was attacking a vessel.”