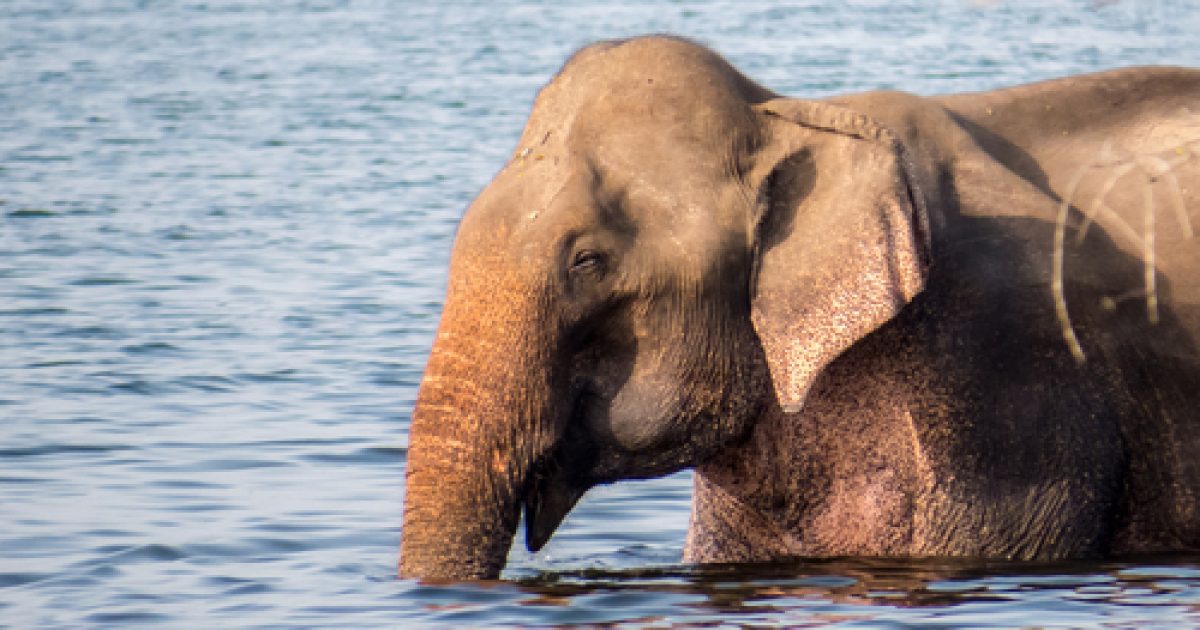 The Sri Lankan Navy exercised a rescue mission at sea.  However, the survivors were pachyderms!  A couple of young elephants had been swept out to sea and were struggling.  Elephants are not built to swim long distances.  For these two beasts they are very lucky.  For the Navy sailors and divers they are lucky as well.  Thankfully, after a daunting process the elephants were guided back to shore.  Hopefully, they learned their lesson and will not go for another swim at sea.  This happened to be the second time elephants had been washed offshore in recent weeks!  Watch the footage and see how the Sri Lankan Navy worked effortlessly to save the big babies!

“The navy patrol located the elephants more than a half a mile from the shore, the navy said in a news release.”

“The elephants were “carefully directed to the shore without causing any harm to the animals” and released into the Foul Point jungle, the navy said.”