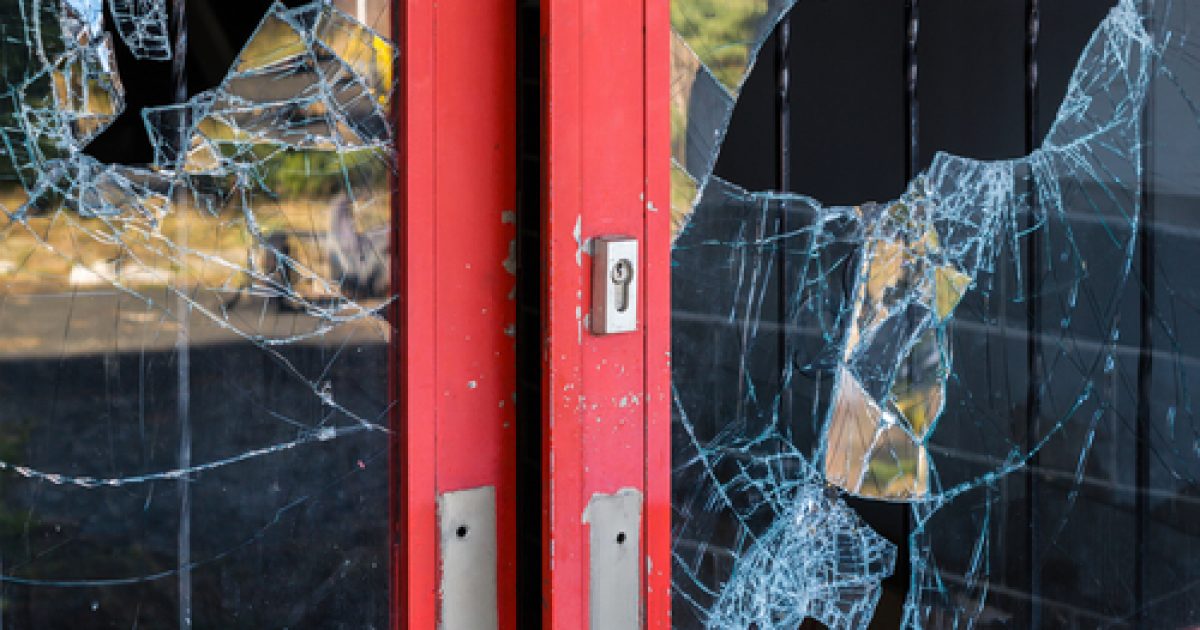 It appeared to be a smash and go style break in at one Louisville, Colorado business recently.  When employees arrived to work they found broken glass and definite signs of  an attempted force entry.  The police were notified and summoned to the scene.  Thankfully there was a security camera nearby that would hopefully have the assailants in the act.  And boy oh boy, did the security tape catch the gang in the act.  The perps even left evidence that proved they were guilty!  Keep watching to see how this gang operates.  You may not believe your eyes!

“A destructive criminal remains on the loose in Louisville. Police believe he’s part of a gang that spent almost 30 minutes terrorizing a local business.”

“Employees at Kryptane Systems arrived at work to find the front doors had been shattered.”

“The company’s president did what anyone would do. He called police to report a break-in.”

‘“There was shattered glass everywhere. Instantly he thought it was vandals of some sort,” said Greg Cappert, an engineer for the company.”‘