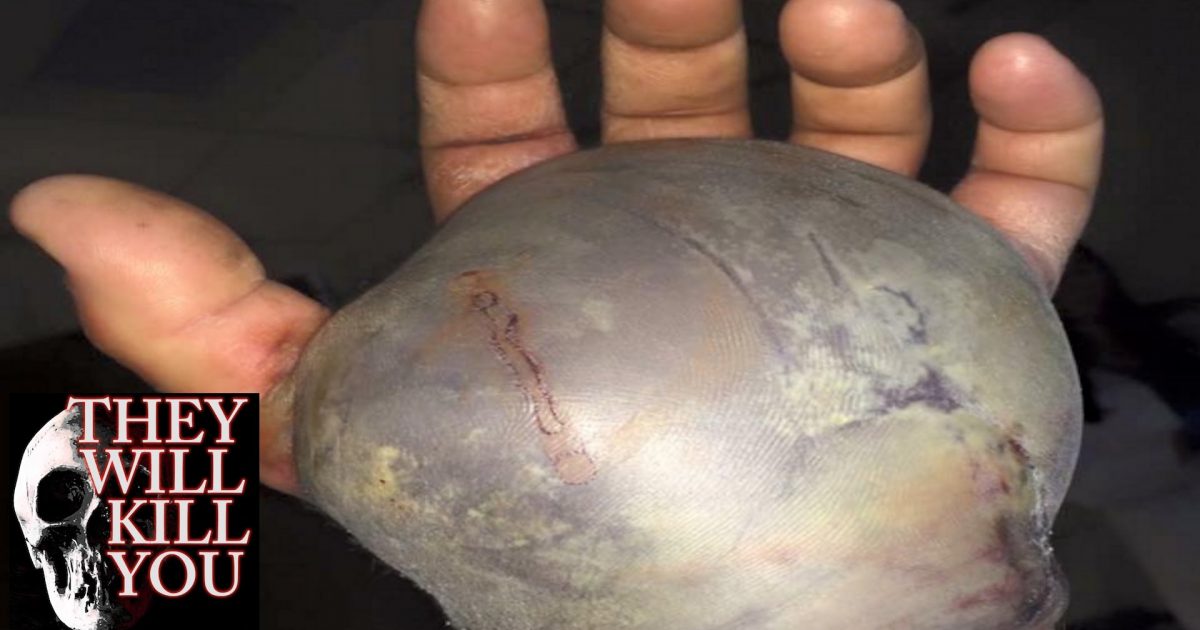 In the video below, (according to the folks that produced it) are 7 of the most terrifying snake attacks in history. Beneath the video I will place a written description of a few of the attacks. If you don’t have a fear of snakes, aka “Ophidiophobia”, these shouldn’t bother you too much. But if you are afraid of snakes….well, prepare to have the living crap scared out of you.

Venomous snakes are species of the suborder Serpentes that are capable of producing venom, which is used primarily for immobilizing prey and defense mostly via mechanical injection by fangs. Common venomous snakes include the families Elapidae, Viperidae, Atractaspididae, and some of the Colubridae. The toxicity of them is mainly indicated by murine LD50, while multiple factors are considered to judge their potential danger to humans.
The evolutionary history of venomous snakes can be traced back to as far as 25 million years ago. Snake venom is actually modified saliva used for prey immobilization and self-defense and is usually delivered through highly specialized teeth, hollow fangs, directly into the bloodstream or tissue of the target.
Evidence has recently been presented for the Toxicofera hypothesis, but venom was present (in small amounts) in the ancestors of all snakes (as well as several lizard families) as “toxic saliva” and evolved to extremes in those snake families normally classified as venomous by parallel evolution. The Toxicofera hypothesis further implies that “nonvenomous” snake lineages have either lost the ability to produce venom (but may still have lingering venom pseudogenes), or actually do produce venom in small quantities, likely sufficient to help capture small prey but causing no harm to humans when bitten.

Here are a few of those mentioned in the video:

#7. Debi Grudzinski An experienced wildlife worker named Debi Grudzinski had been working with a boa constrictor named Icenia for eight years. That relationship came to an abrupt end in July, 2011 when Icenia attacked Debbi! Debi was reaching inside the snake’s cage to give it some water when out of nowhere, the snake bit and latched on to her. After biting Debi’s hand, Icenia began to coil around Debi and tried suffocating her to death. The 14-foot long boa constrictor was able to wrap about half its body around Debi. As she started to feel faint, her daughter heard the commotion and called 911. Emergency workers managed to slice the snake until it released Debi. Both Debi and Icenia the snake survived the ordeal, although Icenia is no longer under Debi’s care.

#6. Kevin Fowler and Tommy In October of 2015, country singer Kevin Fowler found a rattlesnake in the garden of his Texas home. Fowler posted a photo of the snake followed by a tirade against snakes and those who would not like to see all snakes killed. He then posted pictures of his friend Tommy, who was bit by a rattlesnake a year earlier. The photos depict gruesome wounds that Tommy suffered and according to Fowler, he was still in rehab.Fowler posted pictures with following caption: “Ran into this little fellow in my shed this week. Third one this month. All of you people who cry about folks killing rattlesnakes have probably never seen what it looks like when you get bit by one. The other two pics are of my buddy Tommy’s hand after getting bit last year. He’s still going through surgeries and rehab. All of you rattlesnake sympathizers will change your tune when your kid gets bit playing in your backyard.”–Kevin Fowler
#5. Erik Arietta Erik Arietta was a zookeeper and biology studentin Venezuela when he was attacked and killed by a Burmese Python. While working at the zoo, Erik made the mistake of opening the Python’s cage alone at night. The next morning he was found strangled to death by the snake that was attempting to eat him. The python had half of Erik’s head in its mouth when the body was discovered. His coworkers had to beat the snake until it released Erik’s body.While the exact details of the attack are unknown, bite marks were found on Erik’s wrists, which would suggest that he was bit before being crushed to death. It is unclear why Erik decided to open the snake’s cage and what exactly prompted the deadly attack.