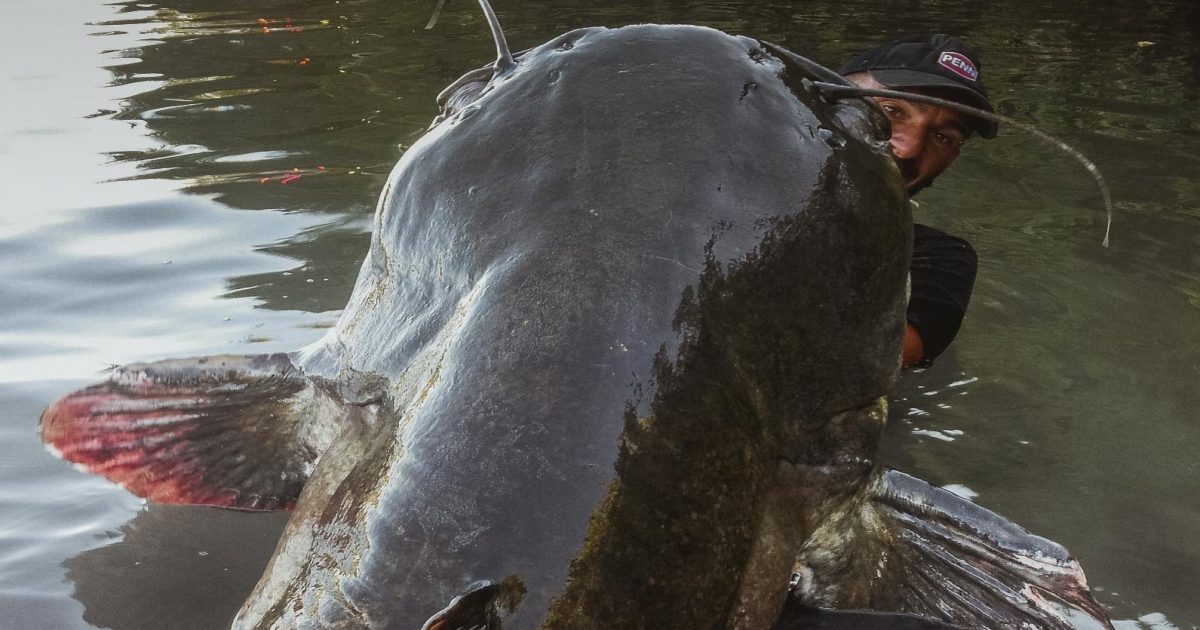 While a 250 pound, 8 foot long catfish isn’t a record-breaker by any means, it’s still a pretty good catch none the less. Watching these videos always makes me a little jealous, I wish it were me doing the fishing.  The largest Wels catfish ever caught was in Italy and that monster weighed-in at 317.4 pounds. The one in the video below, was caught on the Rhone river in France.

Potentially, the species could grow as long as 13ft and weigh 880 lbs, but specimens over 6ft in length are extremely rare. An indiscriminate feeder, wels will basically eat anything they can catch and fit into their mouths. They have even been captured on film stalking and eating unwary pigeons that get too close to the water’s edge.

But if you think about it, a 250lb fish is a pretty good days catch, where ever you are in the world.

The wels catfish, also called sheatfish, is a large species of catfish native to wide areas of central, southern, and eastern Europe, in the basins of the Baltic, Black, and Caspian Seas. It has been introduced to Western Europe as a sport fish and is now found from the United Kingdom all the way east to Kazakhstan and China and south to Greece and Turkey. It is a scaleless freshwater fish recognizable by its broad, flat head and wide mouth. Wels catfish can live for at least fifty years. Like most freshwater bottom feeders, the wels catfish lives on annelid worms, gastropods, insects, crustaceans, and fish. Larger specimens have been observed to eat frogs, mice, rats, aquatic birds such as ducks and can also be cannibalistic.