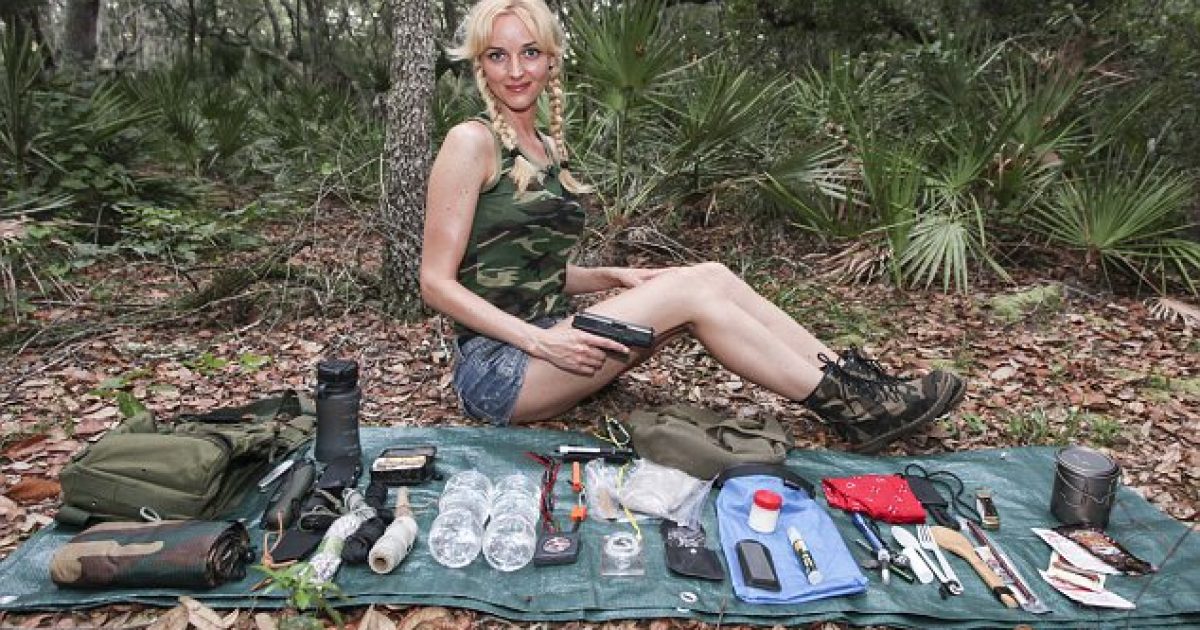 Being a true feminist isn’t really about supporting on-demand abortion, or, hating President Donald Trump, it’s about self-confidence and being an individual who can take care of one’s self without playing the role of victim because of a patriarchal dominated society. I’ll take a woman who can hunt, fish and survive in the woods over some spoiled so-called ‘celebrity’, any day of the week.

‘Celebrities like Kim Kardashian and Miley Cyrus have no morals, they are terrible role models for young women,’ says Bunny Hunter, the 100lb blonde firearms-enthusiast. ‘I want to show women that you don’t have to act like a slut to get ahead.’

Gun enthusiast and survivalist Bunny Hunter wants to truly “empower” you young ladies. While idiots like Madonna, Ashley Judd and  “Rosie” O’Donnell, stand screaming vile crap at protest rallies about “blowing up the White House”, being a “nasty woman”, or, “He lies, he lies, he lies, he lies”, which isn’t doing anything to truly provide any woman with real empowerment, the young lady in the video & photos below, is actually showing you something tangible. 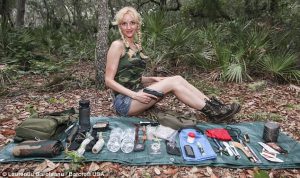 What better way is there to be an “empowered” woman, than by being armed ? Though the percentages of women buying and using firearms has increased in the last decade or so, there are still some of you ladies out there who don’t think owning a firearm is your “thing’. Well Bunny Hunter hopes to change your way of thinking by showing you just how easy it is to own and use a gun. 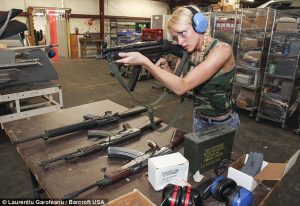 The slim 32-year-old looks more like Barbie than Rambo – but she’s trained to survive in the wild and shoot with military grade firearms. The prepper, who carries a concealed weapon at all times, wants to inspire a generation of girls ‘brainwashed’ by celebrities such as Kim Kardashian and Miley Cyrus. More than a year ago, Bunny – real name Michelle Rovinsky – launched a YouTube channel giving tips on survival and testing the latest guns.

The 32-year-old Tampa, Florida, native, who boasts a substantial weapons collection and has a fondness for hunting, skinning and gutting her game, wants to be a better role model for women – and features in a new bTV segment to spread her message.

If I had a daughter, I’d want her to be like Bunny.