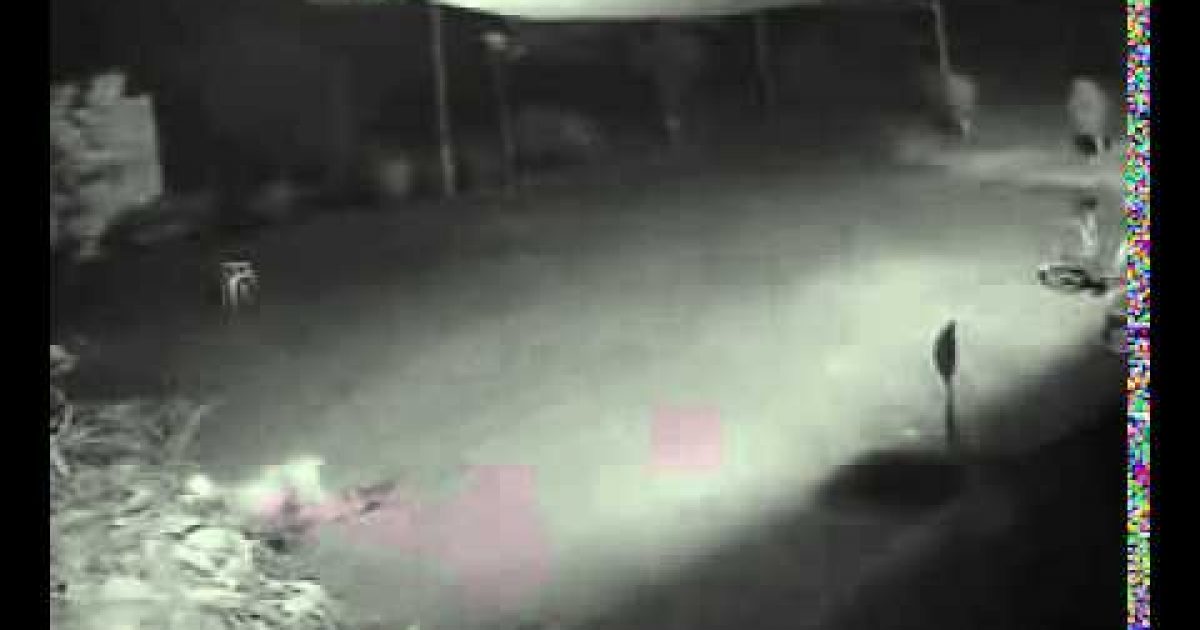 *WARNING* The video in this article depicts graphic images of wildlife and may not be suitable for sensitive viewers.

Yes this poor little dog never stood a chance against the mountain lion, thankfully he only suffered for a few seconds before the cougar killed it. If you are a dog lover, you might want to turn the sound-off, because even though it’s only for a few seconds, his screams will break your heart.

This is so sad that I don’t even know where to begin. But for starters, why in the heck, did these people leave their dog in the backyard at night ? Also, they obviously live in an area that has wild animals, so if they intentionally left their dog outside at night, then something like this wouldn’t come as too big of a surprise. Human beings in their desire to have a beautiful home up in the mountains, seem to have forgotten, that it is THEY who are encroaching on the territories of wild beasts like the Mountain Lion.

What ever the case, this wouldn’t have happened if the owners had brought their dog in at night. I live near the Cascade Mountains in Washington State and I would never leave my dog outside for the night and I have a 6 foot fence all around my property. Even though I live in the suburbs, we see out fair share of small critters, like raccoons, opossum, lots of wild rabbits and even the occasional coyote.

But thankfully, I have never heard of a mountain lion wandering in my residential area.  These animals will avoid humans, but encroachment into their habit has made confrontations inevitable and usually it isn’t to the cougar’s advantage. Sadly, these people had to lose their family dog because they didn’t bring it in the house where it would have slept safely.