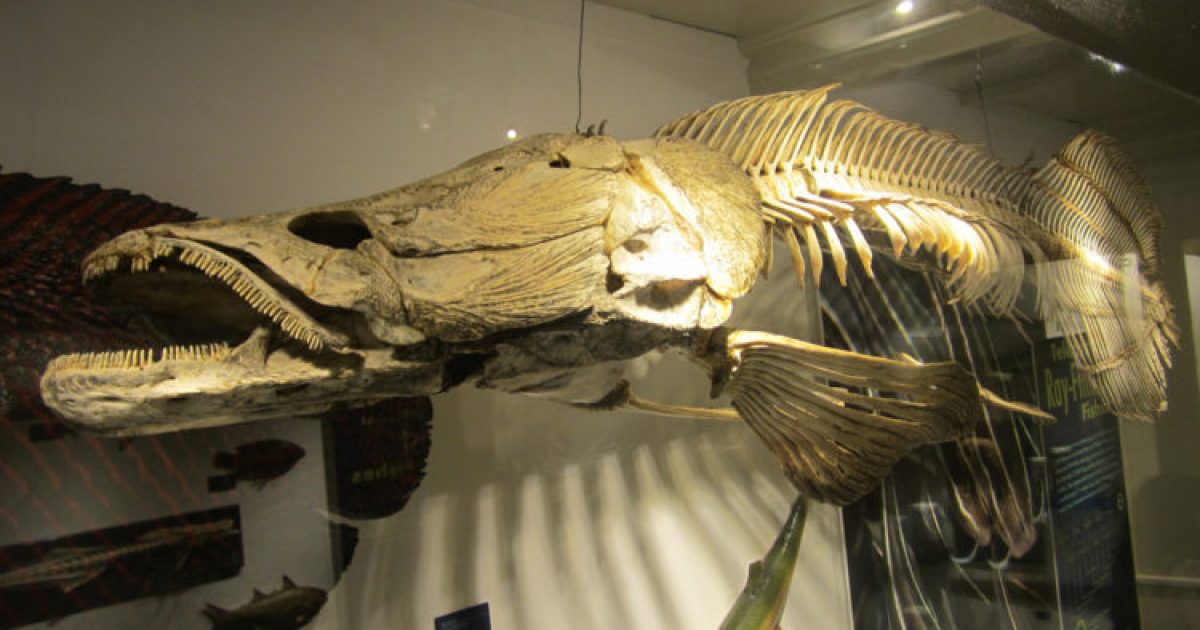 A real Amazon River monster, the Arapaima is truly one of the biggest fresh water fish today, reaching in length up to and over 9 feet, they can weigh almost 440 pounds. Arapaima are considered to be an ancient fish – scientists estimate they are descendants of fish that date back more than 250 million years. This is one of the main food fish in the Amazon. But because of over-fishing, populations in it’s natural habitat are declining, the Arapaima has been introduced into Asia. 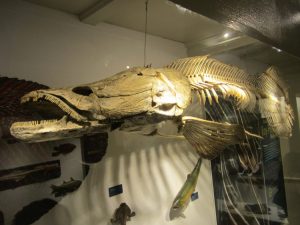 This fish is an air-breather and lives-off of crustaceans and even small land animals that come down to the water to take a drink. Because of their size, these fish are extremely strong. If a fisherman is unlucky enough to fall overboard from his boat, with a mere sideswipe of the Arapaima’s large head, which is solid bone (pictured above), it could cause severe injury, or possibly even death.

The arapaima, pirarucu, or paiche are any large species of bonytongue in the genus Arapaima native to the Amazon and Essequibo basins of South America. Genus Arapaima is the type genus of the family Arapaimidae. They are among the world’s largest freshwater fish, reaching as much as 3 m (9.8 ft). They are an important food fish.
They have declined in the native range due to overfishing and habitat loss. In contrast, arapaima have been introduced to several tropical regions outside the native range (within South America and elsewhere) where they are sometimes considered invasive species. Its local name, pirarucu, derives from the indigenous words for “pira” meaning “fish” and “urucum” meaning “red”.
Facebook Twitter