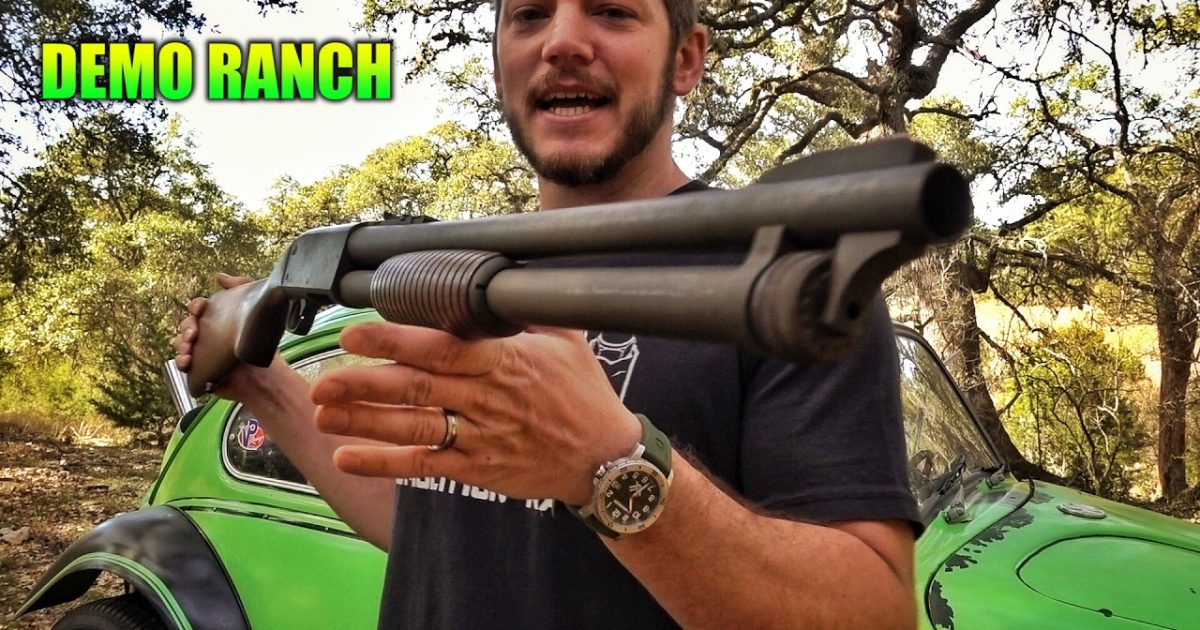 For those of you who aren’t familiar with the term ‘slamfire’, let me enlighten you before you watch the video. If you scroll down below the video, I will place a description of the shotgun showcased.

A ‘slamfire’ is a premature, usually unintended discharge of a firearm that occurs as a cartridge is being loaded into the chamber. Slamfires are most common in military firearms that have a free-floating firing pin, as opposed to a spring-loaded one. In the action of a typical semi-automatic firearm, the energy of a fired round forces the bolt and bolt carrier rearward, ejecting the empty case. A spring then forces the bolt forward again, and in the process a fresh round is stripped out of the magazine.
When the face of the bolt hits the head of the chamber, unless there is a spring around the pin to retard its movement, inertia causes the firing pin to continue forward until it is stopped on the primer of the round. Sometimes this inertial force is sufficient to set off the primer, thereby firing the round without the operator pulling the trigger. In semi- or fully automatic firearms this can potentially cause the firearm to fire continuously until the magazine has been emptied. In the case of the Ithaca Model 37 shotgun, if you hold the trigger down while you continue to rack the weapon, it will fire without you having to let go of the trigger.

The Ithaca 37 is a pump-action shotgun made in large numbers for the civilian, military, and police markets. It utilizes a novel combination ejection/loading port on the bottom of the gun which leaves the sides closed to the elements. Since shotshells load and eject from the bottom, operation of the gun is equally convenient for both right and left hand shooters. This makes the gun popular with left-handed shooters. The model 37 is considered one of the most durable and reliable shotguns ever produced.