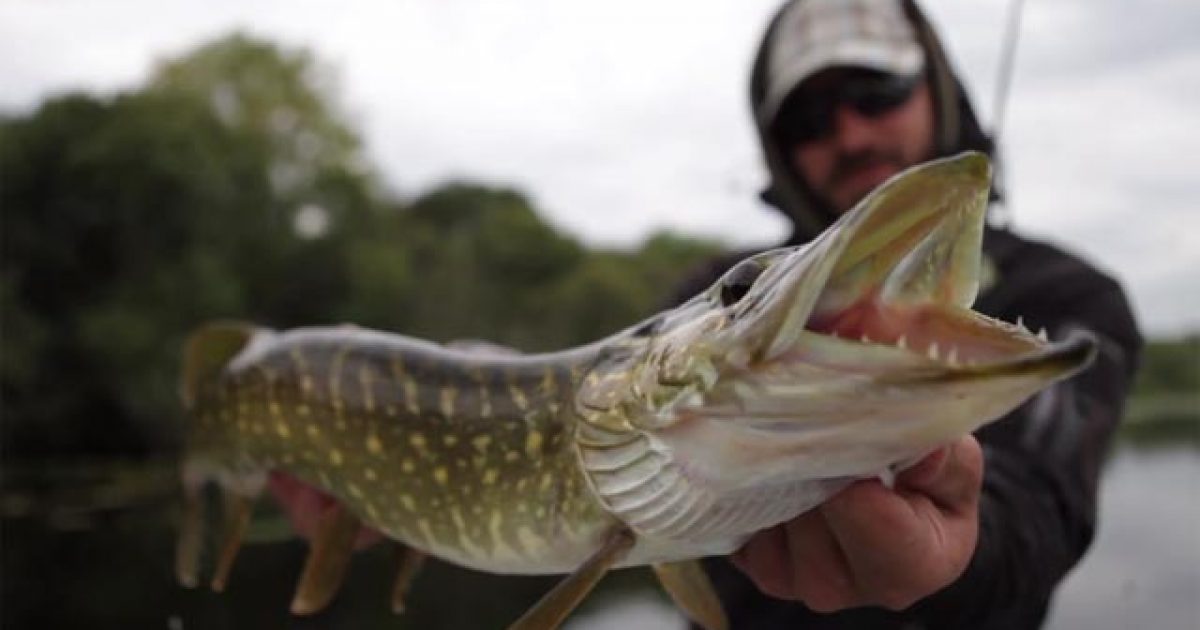 The Northern Pike is an extremely aggressive fish and to prove that point, in the video below, there are 5 examples of just how aggressive this species of fish can be. Since the Northern Pike have a set of very sharp needle-like teeth, once they grab a hold of something, the chances of their prey getting away are very slim. These are the top 5 Northern Pike attacks caught on video.

To these predators, it doesn’t matter whether it’s another fish, a bird, or even a fur covered mammal…when they are on the hunt, pretty much nothing that’s on, or near the water is safe. And if you think just because you’re a human being they won’t try to take a chunk out of you….think again

This is what Wikipedia has to say regarding the Northern Pike:

The northern pike is a relatively aggressive species, especially with regards to feeding. For example, when food sources are sparse, cannibalism develops, starting around five weeks in a small percentage of populations. This cannibalism occurs when the ratio of predator to prey is two to one.One can expect this because when food is scarce, Northern pike fight for survival, such as turning on smaller pike to feed; this is seen in other species such as tiger salamanders. Usually, pike tend to feed on smaller fish, such as the banded killifish. However, when pike exceed 28 inches long, they feed on larger fish. As one can probably assume, these pike are the ones most likely to develop cannibalistic traits.
Because of cannibalism when food is short, pike suffer a fairly high young mortality rate.Cannibalism is more prevalent in cool summers, as the upcoming pike have slow growth rates in that season and might not be able to reach a size to deter the larger pike. Cannibalism is likely to arise in low growth and low food conditions. Pike do not discriminate siblings well, so cannibalism between siblings is likely.