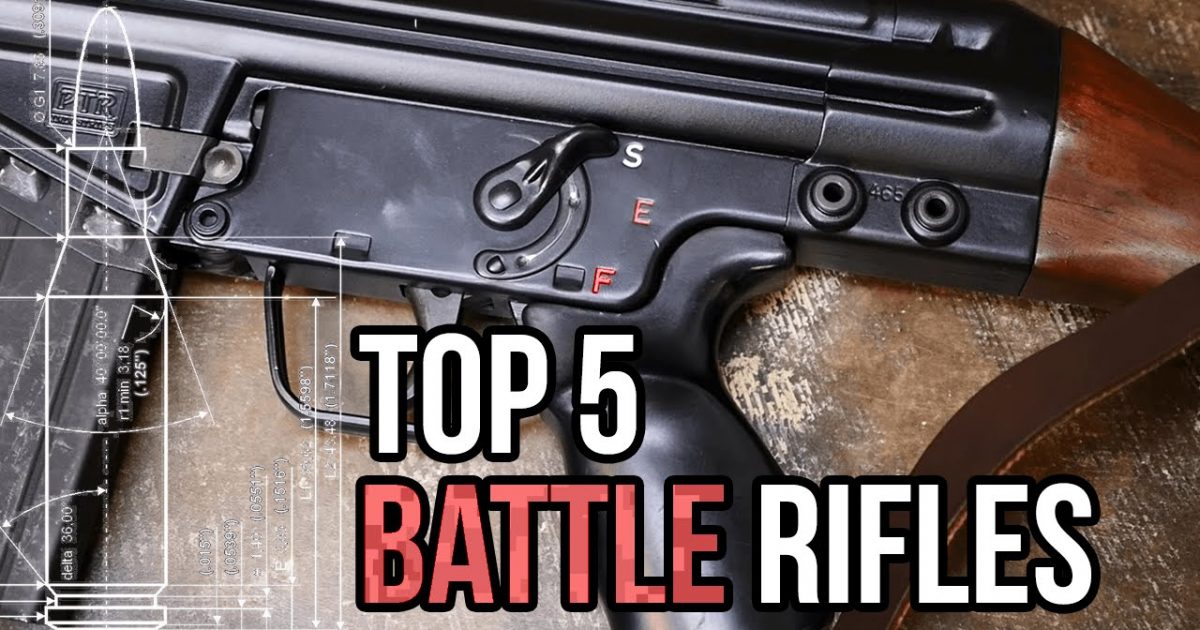 In the video below, we will show you the all time best modern battle rifles in the world. A “Battle Rifle” is the name used for a select-fire rifle that fires a full caliber cartridge such as 7.62×51mm NATO. Compared to modern assault rifles and their intermediate cartridges like the 5.56×45mm NATO, the higher-caliber rounds provide greater power and range, though they have greater weight and produce stronger recoil, making them less than ideal for fully automatic fire. The designation of battle rifle is usually given to post-World War II select fire rifles, like the ones shown below.

And before anyone says anything…NO…the AK-47 is NOT on the list. Beneath the video I will place each weapon mentioned in the video, along with a short description.

The FN FAL, or Fusil Automatique Léger (Light Automatic Rifle) is produced by the Belgian arms maker Fabrique Nationale de Herstal (FN). It is a semi-automatic rifle. It is used by more than 90 countries, notably by the European members of NATO. The United States, however, does not use the FN FAL.

The Sturmgewehr 57 or SIG 510 is a Swiss rifle produced by Schweizerische Industrie Gesellschaft. It shares features with the G3. It is used by Switzerland, Monaco, Bolivia, the Ukraine and Chile.

The SCAR-H Mk17 or Specials Operation Forces Combat Assault Rifle is another NATO weapon of Belgian design. It is gas-operated and self-loading with a rotating bolt. It can fire 625 rounds a minute.

It was developed by FN Herstal for the use of the United States Special Operations Command. There are two main types. The light SCAR-L rifle uses a 5.56×45mm cartridge. The heavy SCAR-H uses a 7.62×51mm.

Both types are made in Long Barrel and Close Quarters Combat versions.

The M14 is the official rifle of the United States armed forces, replacing the M1 Garand in 1961 (the Marines kept it until 1965). It is a 7.62 mm selective-fire, fully automatic weapon. It fires 7.62 × 51mm ammunition. In 1970 it was replaced by the M14. It is a popular battle rifle, used by the military forces of 24 nations throughout the world.