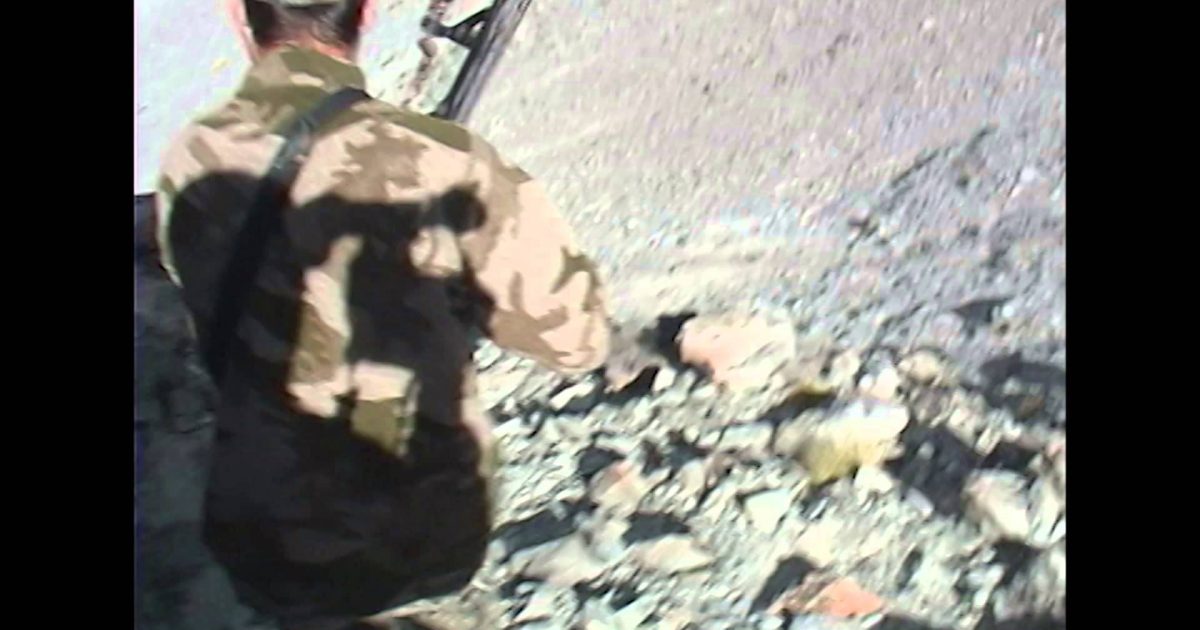 This is amazing, a mountain goat brought down with a bow from 130 yards, while it was running. I don’t care who you are…this is some really awesome bow hunting. It’s one thing to get a good shot with your target standing still, but to get off two shots on a running target is something not too many guys can do. Mountain goats are a hard target, considering where you have to go to get them.

It’s not like hunting game in low-land areas and the guy in this video (Tim Wells), does a great job.  Mountain goats use cliffs as escape cover much like a deer running into thick brush when they are spooked. A hasty decision to shoot may result in wounding, or losing an animal, because you cannot retrieve it from the bottom of a crevasse.

The mountain goat inhabits the Rocky Mountains and Cascade Range and other mountain regions of the Western Cordillera of North America, from Washington, Idaho and Montana through British Columbia and Alberta, into the southern Yukon and southeastern Alaska. Its northernmost range is said to be along the northern fringe of the Chugach Mountains in south-central Alaska. Introduced populations can also be found in such areas as Idaho, Wyoming, Utah, Nevada, Oregon, Colorado, South Dakota, and the Olympic Peninsula of Washington.

Mountain goats are the largest mammals found in their high-altitude habitats, which can exceed elevations of 13,000 feet. They sometimes descend to sea level in coastal areas although they are primarily an alpine and subalpine species. The animals usually stay above the tree line throughout the year but they will migrate seasonally to higher or lower elevations within that range. Winter migrations to low-elevation mineral licks often take them several kilometers through forested areas.