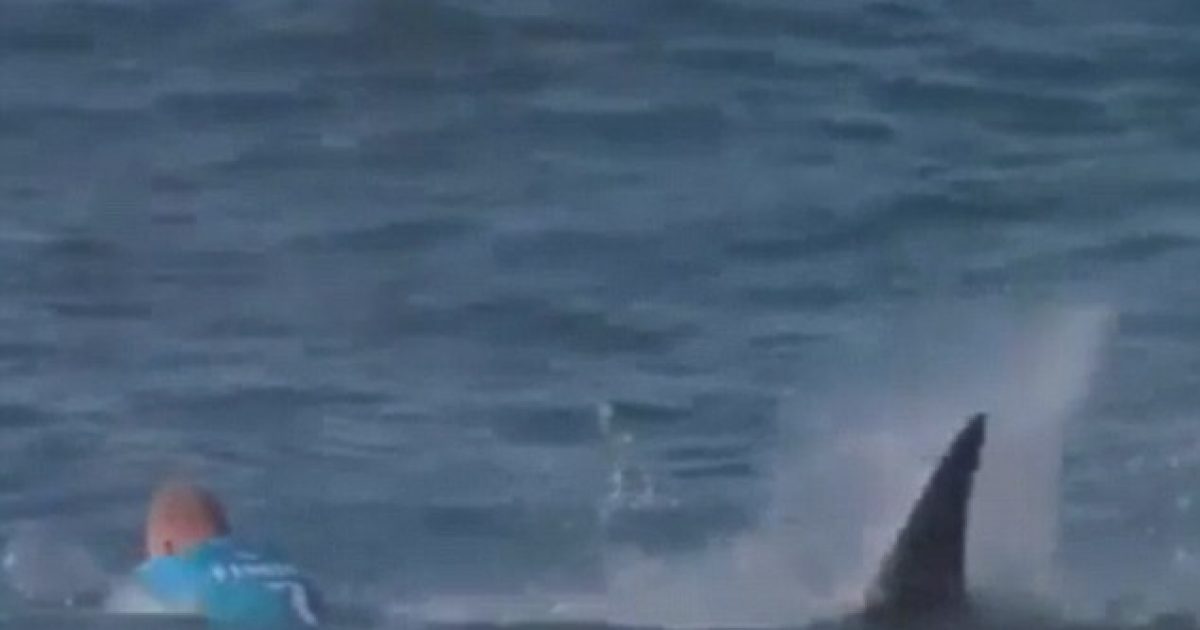 During a surfing competition in the summer of 2015, champion surfer Mick Fanning has a close call with a great white shark. To most people, one of our biggest fears while swimming (or surfing) in the ocean, is the threat of a shark attack. I mean, we’ve all seen the movie ‘Jaws’, but even though that was only a piece of excellent cinema, the threat of a shark attack is still very real, as Mr.Fanning found-out. After watching the video below, some people are probably going to re-think their beach vacations I’m sure. Since I live in the Northwest, near the Columbia river, the worst bite one can get while swimming is from a mosquito.

In a YouTube video with over 3 million views, we see the entire episode:

The amazing moment surfing legend Mick Fanning fought off a shark during a competition has been captured on camera. Fanning, a three-time world champion, was in the final round of the J-Bay Open in South Africa when the potential killer emerged from the water behind him. ‘It came up and got stuck in my leg rope,’ Fanning said.  I instantly just jumped away. It kept coming at my board and I was kicking and screaming. I just saw fins. I was waiting for the teeth to come at me… I punched it in the back.’

Commentator Ross Williams said the incident was one of the craziest things he had seen in a competition. ‘No one has ever seen anyone attacked in a heat … it was such a scary thing to see him come off his board,’ Williams said.  Fanning was competing against fellow Australian Julian Wilson in the final.