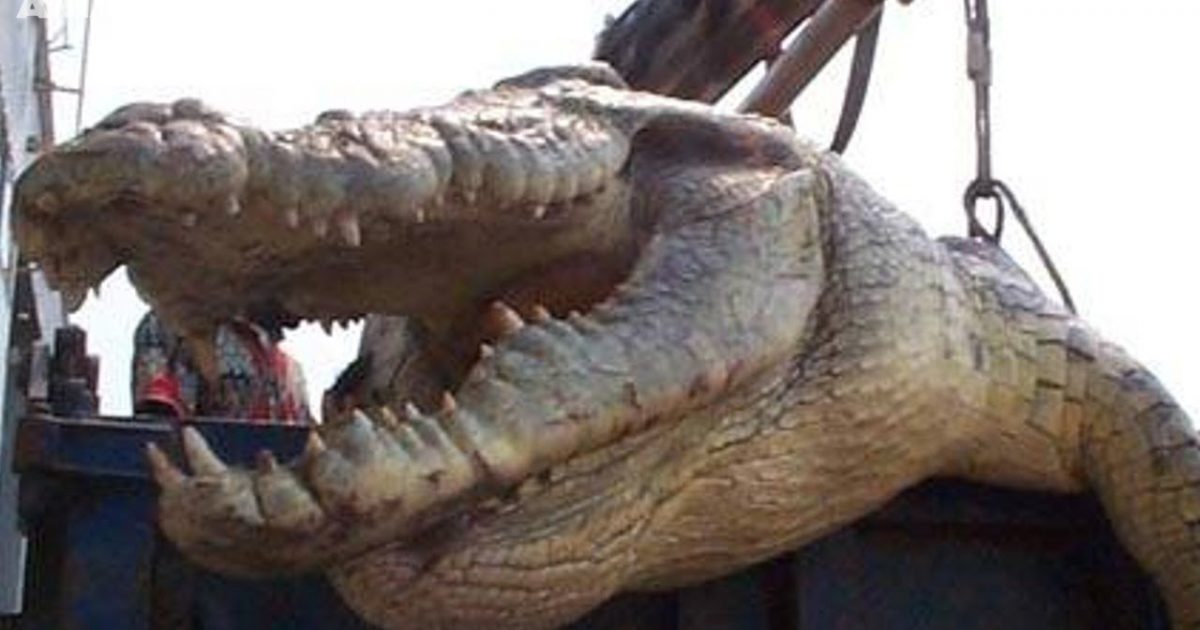 Here we have the world’s 5 biggest crocodiles ever caught on video. No photo editing done, all of these monsters are 100% verified and are in the record books. Beneath the video, are their names and a short description about each one. Crocodiles this size are about as close as you can get to being real-life dinosaurs and could eat a person (I think that a couple of them actually DID kill some local villagers) in one big bite. Whatever the case, you don’t ever want to come into contact with any of these monsters, you might end-up as lunch.

No.5 Gustave: This is Gustave, the notorious Nile crocodile that has for decades terrorized the waters of lake Tanganyika, Burundi. While his exact size is unknown, and exaggerated reports have him as large as 25 feet, experts estimate Gustave to be about 17 feet (5.2 meters) long.

No.4 (unnamed): This unnamed monster croc has been at the center of a number of hoaxes (including an alleged sighting after hurricane Katrina). Fact is, this aggressive Nile specimen was killed in a safety operation near Pointe Noire, Republic of Congo, 2003. Estimated size: 17 feet 8in (5.4 meters).

No.3 Cassius: This Australian saltwater giant — called Cassius — is currently the largest crocodile held in captivity. He lives at Marineland Melanesia (Far North Queensland), is 17 feet 11in (5.48 meters) long, and is believed to be around 110 years old.

No. 2 Brutus: This is Brutus, a massive 3 limbed saltwater crocodile known to frequent the Adelaide River, Northern Territory, Australia (he is believed to have lost his right arm in altercation with a bull shark). Brutus is conservatively estimated at 5.6 meters (18ft 4in).

No1. Lolong: This remarkable creature — named Lolong in honor of a veteran Filipino crocodile hunter — is believed to be the largest crocodile ever held in prolonged captivity. Lolong was certified by the Guinness Book of World Records at 6.17 meters (20.25 feet). The gigantic crocodile, thought responsible in the death of a number of townsfolk, and who took around 100 people to bring him to land, was made the star attraction at an ecotourism park. Sadly, Lolong died of pneumonia and cardiac arrest at around 8 pm on February 10,2013.