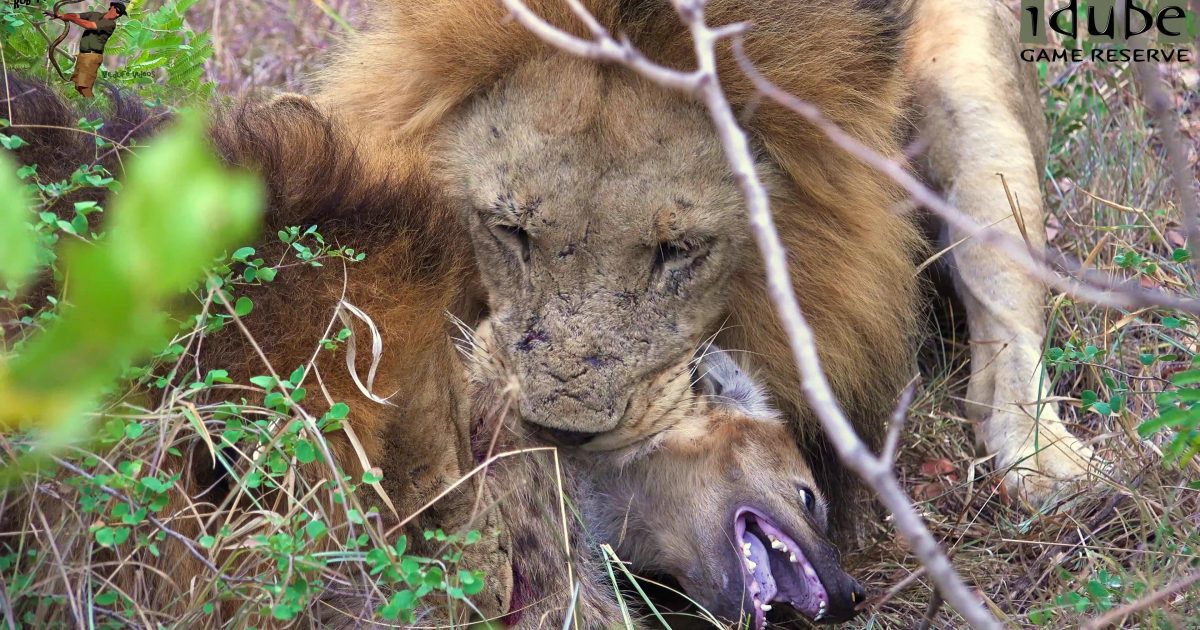 In the video below, a lion savagely attacks a hyena and tears it to pieces, this is an age old feud that goes back several thousands of years. Lions and hyenas may share some of the same territory on the vast African savanna, but the boundaries are clear and any lone hyena who dares to cross it, is savagely killed and torn apart. Lions and hyenas are often described as eternal enemies and the video below shows the level of animosity between the two species.

The Majingilane male lions were relaxing in the bush close to the hyena den when a couple of hyenas ran past them with a kill and moved to the hyena den, but there was no sign of the adults with the kill, just one of the younger hyena wandering around. Suddenly one of the lions appeared from the surrounding bush and stared intently at the den, the young hyena scampered away into the bush where unfortunately another of the big lions was waiting, a scream was heard from behind the bushes and the second lion ran over to his brother where they proceeded to kill and eat the little hyena.

In the vast savannahs, two eternal enemies resides, who at times steals each other’s food and also kill the younger ones too. They are none other than African Lions and the Hyenas. Sometimes, it happens that lions get exhausted after killing a prey and so they decide to rest for a while and get back their breathe before they enjoy their meal. But, in the meanwhile, the hyenas smell the fresh blood and spring into action to have it and for that they are ready to challenge the big cats as well. The only advantage that hyenas have is that the lions are tired after such a big kill and another thing is that hyenas have come in a big group. Generally, when the hyenas attack the lions, they do it in a huge group so that they can outnumber the lions.