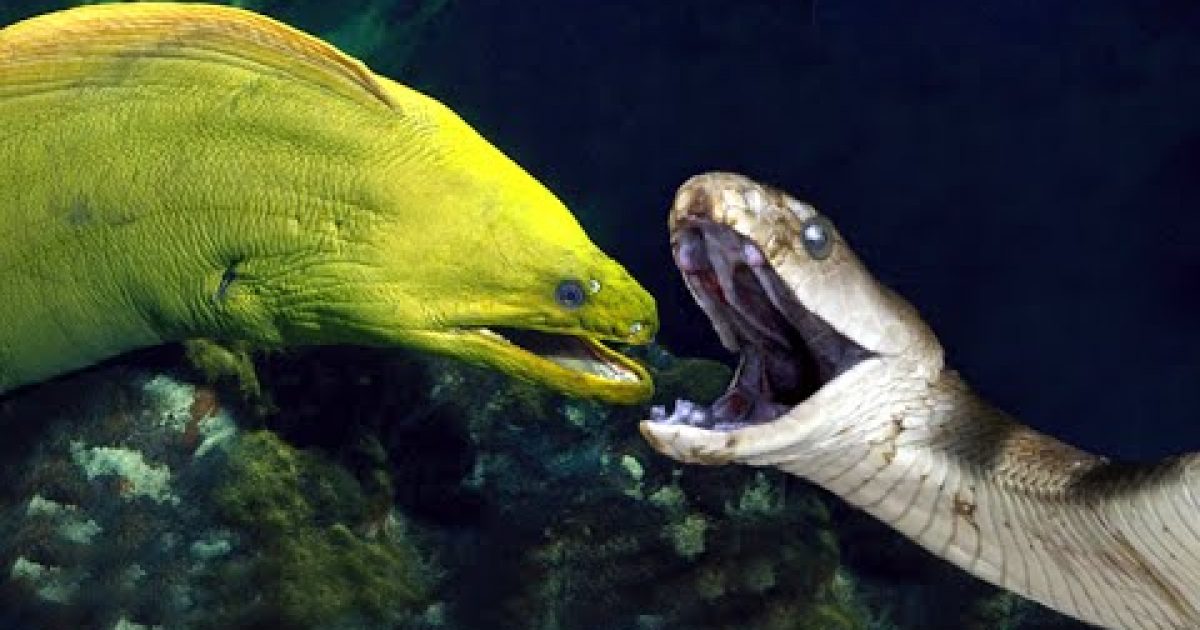 While searching for some material to write about, I came upon this video. I found it quite fascinating, I’ve seen sea snakes and moray eels before, but this is something that I’ve never seen. I didn’t know that sea snakes actually hunted and ate moray eel’s I was under the impression that they fed exclusively on fish. The Sea snake’s favorite food is fish. Sea snakes prey on fish (including eels) and crustaceans. A couple of species are specialized in eating fish eggs.

Before you watch the video, let me give you some background on the 2 species:

Sea snake, any of more than 60 species of highly venomous marine snakes of the cobra family (Elapidae). There are two independently evolved groups: the true sea snakes (subfamily Hydrophiinae), which are related to Australian terrestrial elapids, and the sea kraits (subfamily Laticaudinae), which are related to the Asian cobras. Although their venom is the most potent of all snakes, human fatalities are rare because sea snakes are not aggressive, their venom output is small, and their fangs are very short.To continue reading click HERE

Moray, any of 80 or more species of eels of the family Muraenidae. Moray eels occur in all tropical and subtropical seas, where they live in shallow water among reefs and rocks and hide in crevices. They differ from other eels in having small rounded gill openings and in generally lacking pectoral fins. Their skin is thick, smooth, and scaleless, while the mouth is wide and the jaws are equipped with strong, sharp teeth, which enable them to seize and hold their prey (chiefly other fishes) but also to inflict serious wounds on their enemies, including humans. To continue reading click HERE