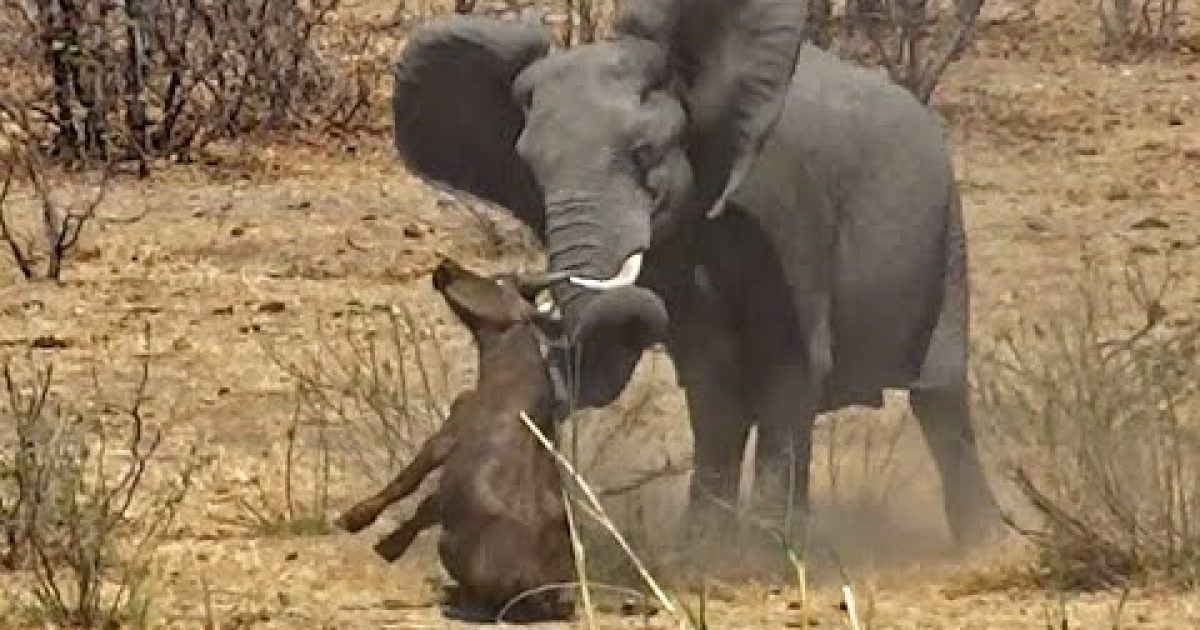 Whether it was in a fit of rage, or a battle over territory, a bull elephant viciously attacks and gores a cape buffalo with his tusks. In Africa, territory is very important to all of the different animals that roam freely throughout that continent. A good territory provides the means to sustain life and it’s usually jealously guarded. This is the case for predators, but not so much for the multitude of herbivores that are constantly grazing and on the move across the savanna.

The 3 ‘heavyweights’ on the African savanna are: The elephant, rhinoceros and the cape buffalo (I left out the hippopotamus since they stay close to water and don’t wander too far from it)  . Size and numbers are these animals best weapons for defense and unless they become ill or get seriously injured, it is their best protection against the apex predators of the savanna- the lion. There is no apparent reason that we can see for this rather savage attack, but it does prove one thing for certain…the elephant is the undisputed heavyweight of Africa.

This footage was taken near Mopani in the Kruger National Park in South Africa.