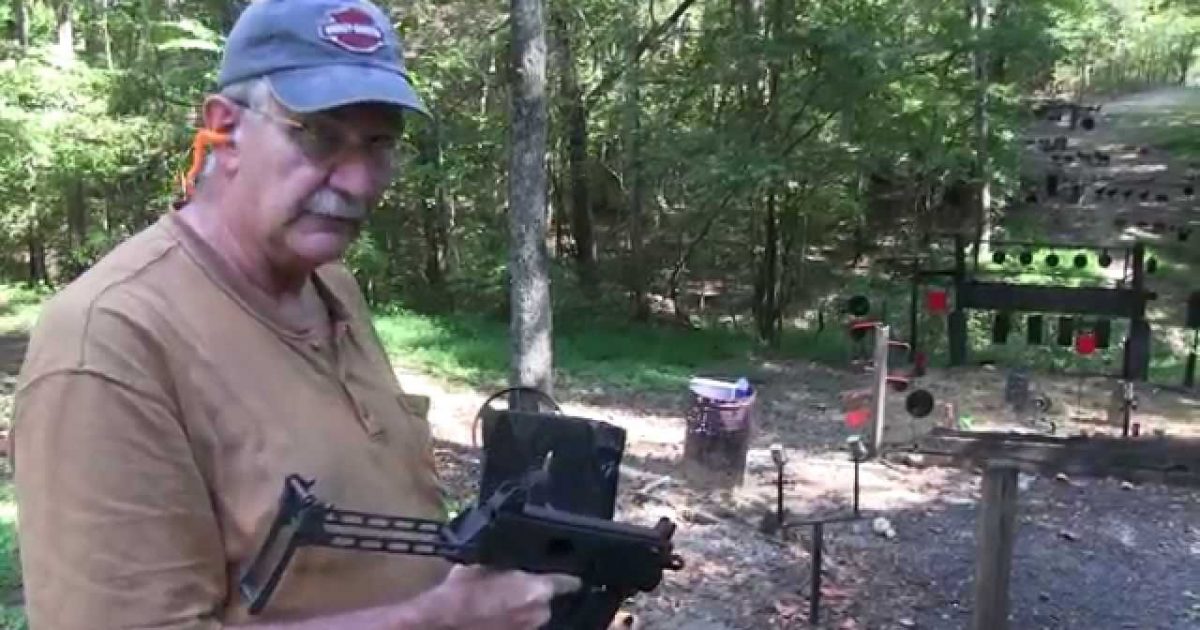 Yes, our old buddy Hickok45 is back and in a surprising twist (with a much shorter video), explains how not to handle & fire a submachine gun. Now I’m sure there alot of armchair Rambo’s out there that will say that this is either wrong, or just plain dumb, but those are the kind of guys that I wouldn’t even want to be around when I’m at the range. Open Bolt select-fire machine pistols / subguns are different sort of animal, even slightly counter intuitive when it comes to operating the bolt and such. There are things you do NOT want to do when operating them. That’s why I chose this video…say what you will, but this old guy knows his stuff.

*Open bolt is by no means a fancy operating system, in fact there are less moving parts and it is less sophisticated than a hammer or striker fired system, but there are some distinct advantages and disadvantages:

Disadvantages-
The weapon is more prone to fire when dropped.
Subject to picking up dirt.
Open-bolt machine guns can not be synchronized to fire through the arc of a propeller.
Accuracy can suffer in an open-bolt design, but this is less of a concern in automatic weapons.              The large mass moving forward kicks the gun forward a bit on single shots.