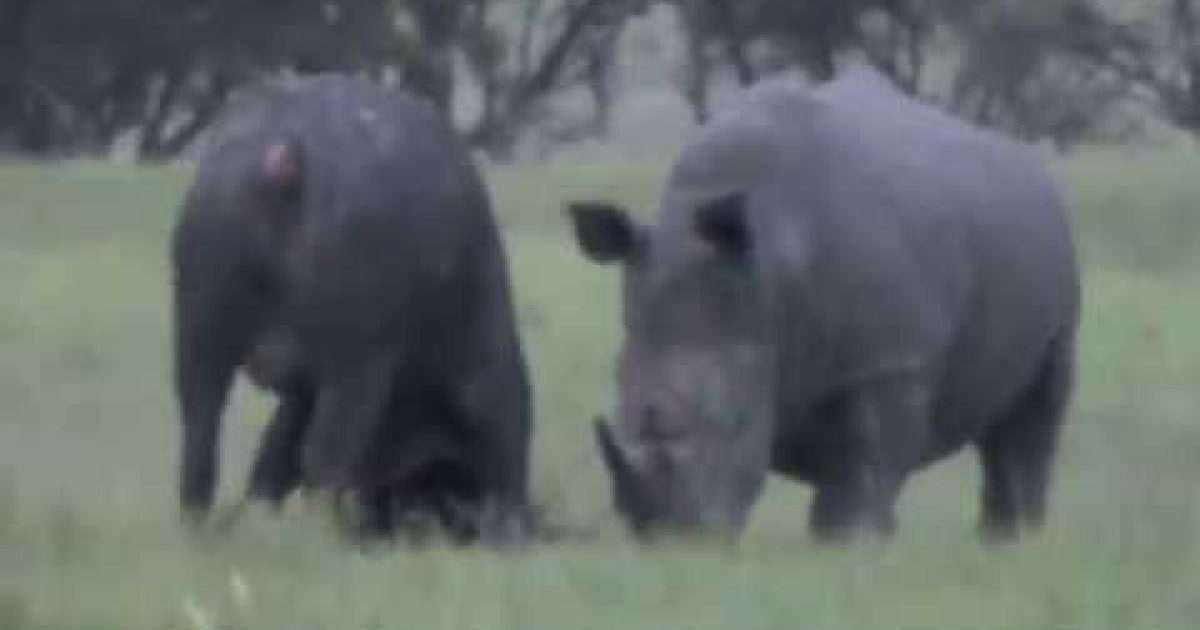 In Africa, there are two famous heavyweights; the Rhino and the Cape Buffalo and very seldom do we see these titans interact. However, in the video below, we see these two giants locked together in a fight to the death. This is something that’s hardly ever seen, let alone being caught on video. Let me give you some background on these two heavyweights by Wikipedia before you watch the video.

“The black rhinoceros or hook-lipped rhinoceros is a species of rhinoceros, native to eastern and southern Africa including Botswana, Kenya, Malawi, Mozambique, Namibia, South Africa, Swaziland, Tanzania, Zambia, and Zimbabwe. Although the rhinoceros is referred to as black, its colors vary from brown to grey. An adult typically weighs from 1,800 to 3,100 lbs, however unusually large male specimens have been reported at up to 4,848 – 6,385 lbs.”

“The African buffalo or Cape buffalo is a large African bovine. It is not closely related to the slightly larger wild water buffalo of Asia and its ancestry remains unclear.The Cape buffalo, is the typical subspecies, and the largest one, found in South and East Africa. African Cape buffaloes have few predators aside from lions and large crocodiles, and are capable of defending themselves. Being a member of the big five game, the Cape buffalo is a sought-after trophy in hunting. Savannah-type buffaloes weigh in at 1,100 up to 2,200 lbs, with males normally larger than females, reaching the upper weight range.”

As you can see, the Rhino has the advantage of size and weight, so the contest is slightly a little one-sided. Now go ahead and watch the video and see this fight for yourself. Filmed in South Africa, this is the only video ever shot where a Rhino throws a Cape Buffalo in the air – that’s over one ton of buffalo thrown in the air by a Rhino.