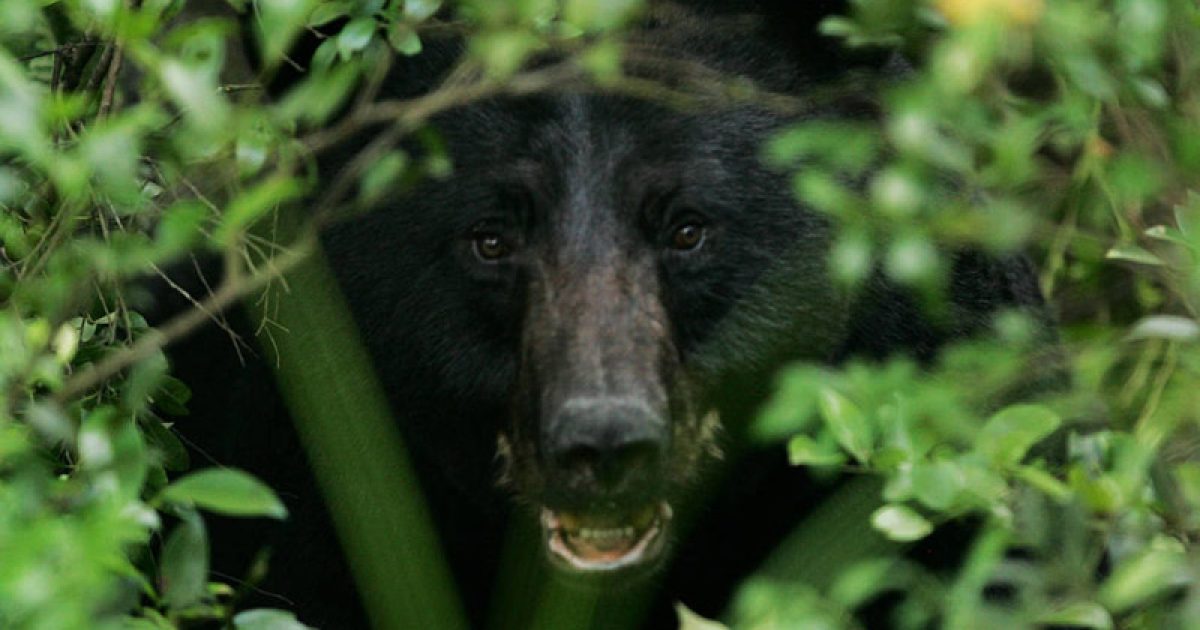 Imagine for a moment, that you’re deer hunting in Alberta Canada, just sitting there in a tree stand and patiently waiting for a deer to come by. When all of a sudden, you look down and see a bear starting to climb the tree that you’re sitting in. Now, I’m sure that there are some guys that would mess their pants, but not the guy in this instance.

He kept his cool and waited, it was only a few moments and the bear was right there where he was, eye to eye. It seems that the bear was merely curious and just wanted to check the man out. So after a few sniffs, the bear climbed back down the tree and went about his business.

Kudos to this hunter !! He didn’t panic and all parties concerned went about their way, none the worse for the wear after the encounter. This could have taken an awful turn, but instead, it became one great video and one helluva campfire story to tell.

This excerpt about bear encounters comes to us courtesy of bearsmart.com:

It’s normal to be frightened when you encounter a bear. The reality is that most encounters with bears rarely lead to aggressive behaviour and attacks are even rarer. Remember, most bears prefer to avoid contact with humans, and any bear you do see is probably just as frightened as you are!

Remain as composed as possible and follow these simple guidelines whenever you are in bear country. Soon you too will have more composure when sighting a bear because you will know what to do.

The best way to prevent an unpleasant bear encounter is to avoid them all together. Bears usually avoid people, and most people don’t even know when they’ve come close to a bear.

To ensure a surprise or unpleasant encounter with a bear doesn’t occur, avoid moving through bear habitat silently and alone. Travel in groups (the larger the better) and make lots of noise by talking or singing. And put the iPod away and pay attention to your surroundings.