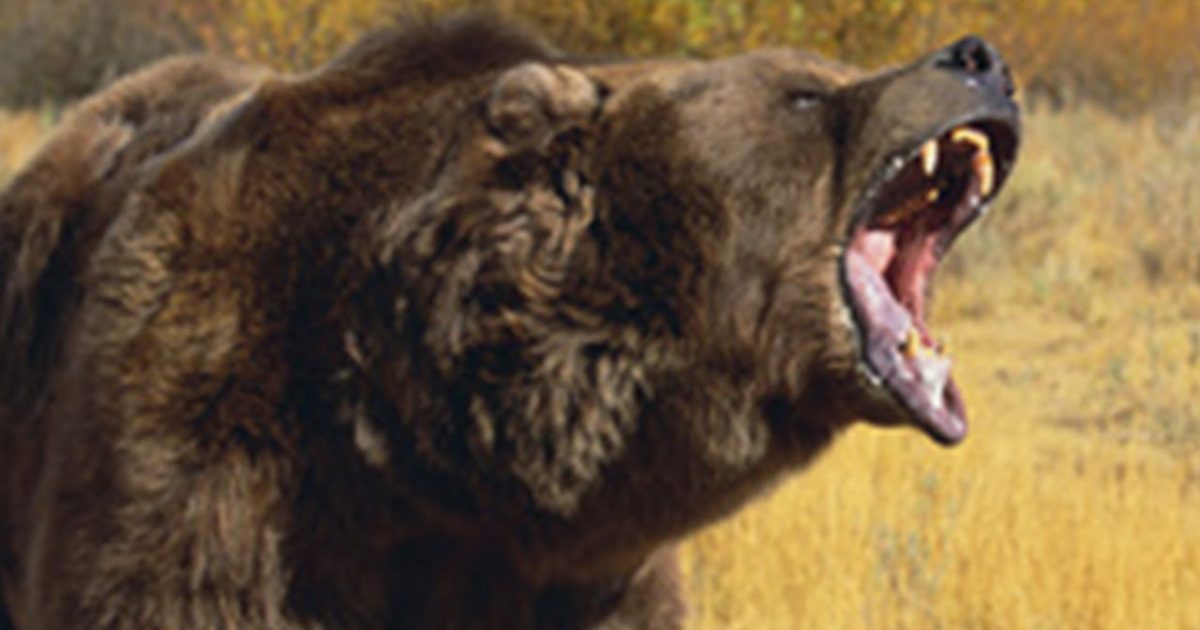 While there are some who think that grizzly bears are kind of ‘cute & cuddly’, rest assured that they are anything but that. The grizzly bear is at the top of the food chain here in North America. This awe inspiring giant has the ability to reach speeds of over 30 miles an hour! In the rare footage below, filmed from a helicopter hovering above Yellowstone, we witness a large mother Grizzly bear chase down a young elk.

This may be the fastest bear ever filmed in the wild. The elk calf has a chance to escape, until it makes a fatal mistake. Nature can seem cruel. But as the mother bear’s cubs approach, we are reminded that oftentimes in the wild, something has to die for something else to live. In nature, there are predators and there are prey animals, one sustains the other in the endless circle of life.

Everyone seems to always root for the prey animals, but this bear wasn’t out for just herself…she had little one’s in tow, who show-up after their mother made the kill so they can get fed.