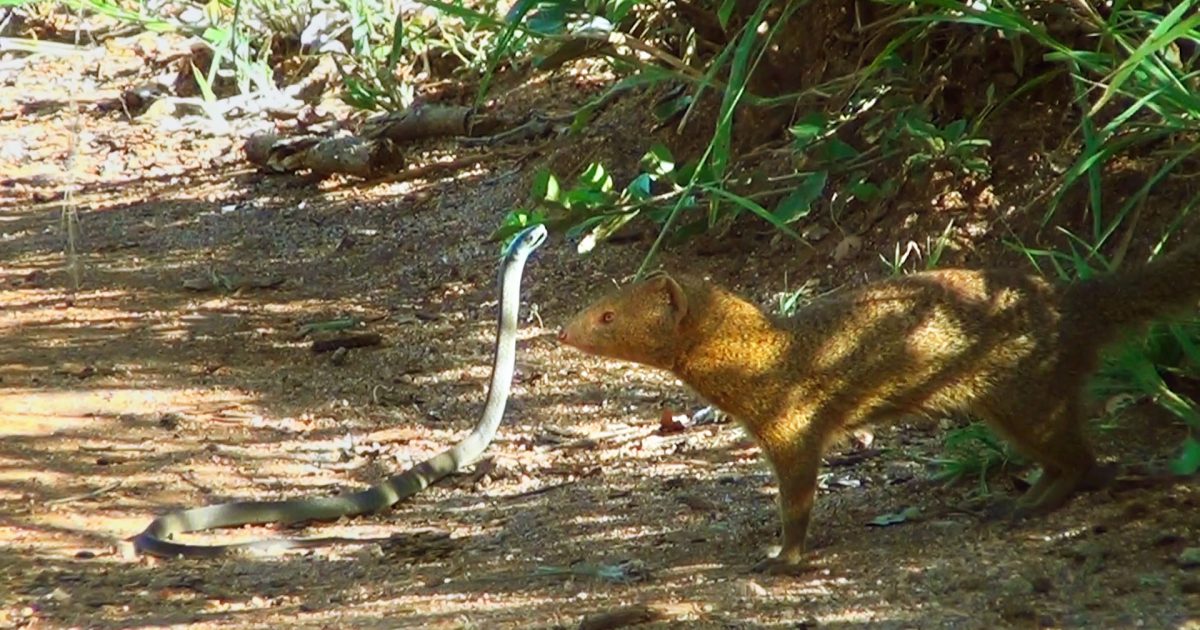 In the video below, we see a truly dramatic life and death struggle between a mongoose and a black mamba. In the world wide community of venomous snakes, the black mamba ranks as one of the deadliest snakes on earth. The feared Black Mamba is found throughout many parts of the African continent. They are known to be highly aggressive, and strike with deadly precision.

Black Mamba’s are also the fastest land snake in the world, capable of reaching speeds of up to 20km/h. These fearsome snakes can strike up to 12 times in a row. A single bite is capable of killing anywhere from 10-25 adults. The venom is a fast acting neurotoxin. If bitten and if the victim does not receive medical attention, symptoms rapidly progress to severe abdominal pain, nausea and vomiting, pallor, shock, nephrotoxicity, cardio toxicity and paralysis. Eventually, the victim experiences convulsions, respiratory arrest, coma and then death. Without antivenin, the mortality rate is nearly 100%, among the highest of all venomous snakes. Depending on the nature of the bite, death can result at any time between 15 minutes and 3 hours.

But before you make a decision on who would win a fight between a black mamba and a mongoose, you need to watch the video and see for yourself just how deadly the mongoose can be. In some parts of Africa , the Middle East and India, you could pay alot of money to watch a fight like this…here, you’re able to see it for free. The mongoose is lightning fast and has razor-sharp teeth and a black mamba can kill 15 grown men with just one bite. Which of these two mortal enemies will win….watch and see for yourself.