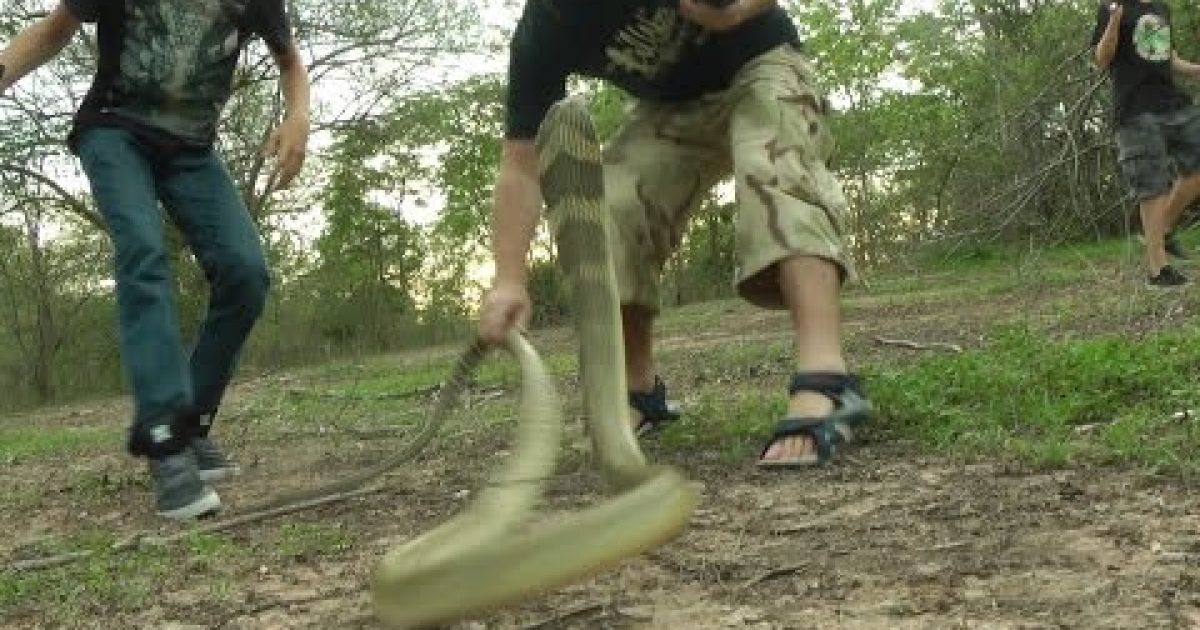 I am seriously wondering if the guys in the video below are ‘professional snake handlers’, because from what I can see, it’s strictly ‘amateur hour’. When handling one of the deadliest snakes in the world, the situation calls for professionalism and extreme safety measures. It is NO PLACE for amateurs, or fools, because ONE BITE from a King Cobra can have deadly consequences.

The king cobra (Ophiophagus hannah) is a species of venomous snake in the family Elapidae, endemic to forests from India through Southeast Asia. This serpent is the world’s longest venomous snake. Adult king cobras are 3.18 to 4 m (10.4 to 13.1 ft) long. The longest known individual measured 5.85 m (19.2 ft). Despite the word “cobra” in its common name, this species does not belong to genus Naja but the sole member of its own.

It preys chiefly on other snakes and occasionally on some other vertebrates, such as lizards and rodents. It is a dangerous snake that has a fearsome reputation in its range, although it typically avoids confrontation with humans when possible. The king cobra is a prominent symbol in the mythology and folk traditions of Pakistan, India, Sri Lanka and Myanmar.