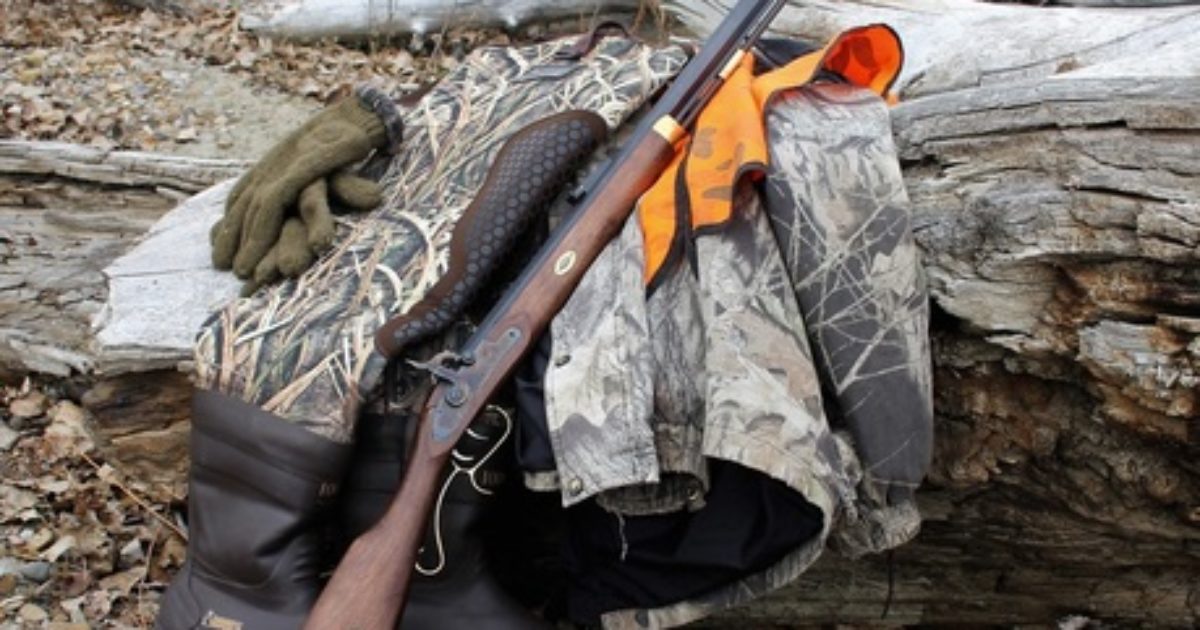 Taking down a buck with a standard bolt action rifle is always a BIG DEAL. You can’t imagine the pride a hunter feels  when he gets a buck during deer season (unless you’ve done it too). Now, multiply that feeling by 10 times when you use a Hawken .50 cal muzzle loader for the very first time and that’s what the guy in the video feels like. That was an AMAZING shot. It brought the animal down clean, with only ONE SHOT.

The Hawken rifle was a muzzle-loading rifle built by the Hawken brothers, and used on the prairies and in the Rocky Mountains of the United States during the early frontier days. It has become synonymous with the “plains rifle”, the buffalo gun, and the fur trapper’s gun. Developed in the 1820s, it was eventually displaced by breechloaders (such as the Sharps rifle) and lever-action rifles which flourished after the Civil War.

The earliest known record of a Hawken rifle dates to 1823 when one was made for William Henry Ashley. The Hawkens did not mass-produce their rifles but rather made each one by hand, one at a time. A number of famous men were said to have owned Hawken rifles, including Auguste Lacome, Hugh Glass, Jim Bridger, Kit Carson, Orrin Porter Rockwell, Joseph Meek, Jedediah Strong Smith, and Theodore Roosevelt. 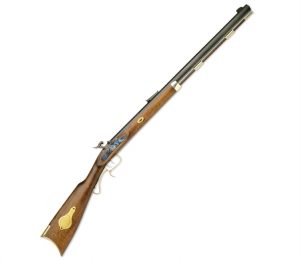 We have developed and fine-tuned every piece of our muzzleloaders to give the hunter every advantage in the field. Our ignition systems are tested in the most inclement weather to assure consistent firing under all conditions. Sights are designed for accuracy in normal or low light conditions. Different stocks can be configured for camo or custom looks without the custom price!

For the collector, we’ve paid keen attention to every detail to maintain authenticity and quality. From the detailed rifle receiver engravings to single-shot pistol designs with double triggers, nothing is overlooked.

The Hawken 50 caliber percussion is a serious hunting rifle featuring a hardwood stock and 28″ octagonal barrel. It maintains the classic styling and handling of the time-honored Hawken while offering great performance and affordability. The 28″ octagonal performance barrel has a 1 in 48″ twist with click-adjustable rear hunting sight.