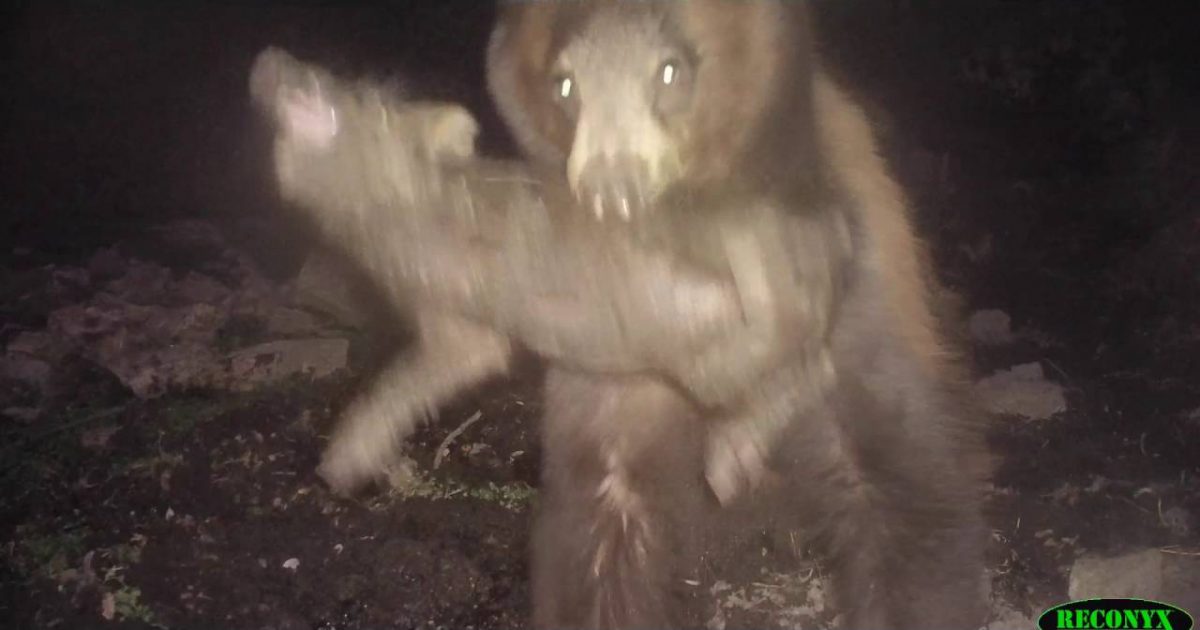 ***WARNING*** The video contained in this article depicts graphic animal violence of hunting by a predator, if you are of a sensitive nature do not watch.

This wildlife trap-camera video was recorded by Tejon Ranch Conservancy biologist Ben Teton, as part of a long-term study of invasive wild pigs and their impacts on the native ecology of Tejon Ranch. The recording captures the predation of a wild piglet by a young female black bear as she attacks a sounder of pigs wallowing in an upland spring.

The piglet screams, alerting the lead sow (the matriarch of the group), who returns to attempt to fight off the bear and save her young. It is unclear if she was successful in this rescue attempt, but it is important to appreciate how valuable a kill like that would be for the bear, particularly during the dry summer months when food is scarce.

It is extremely rare to capture a predation event of any kind within the small frame of a trap camera, and an event as dramatic and illuminating as this is almost unheard of. This video not only reveals the speed, power and ferocity of a hungry black bear but also the tenacity and social fidelity of the sounder group, particularly the sow, as she risks her life to literally wrench her offspring from the jaws of death.

Despite its graphic content, trap-camera footage like this provides a rare and intimate look at what these animals face every day in their struggle to survive in the wild