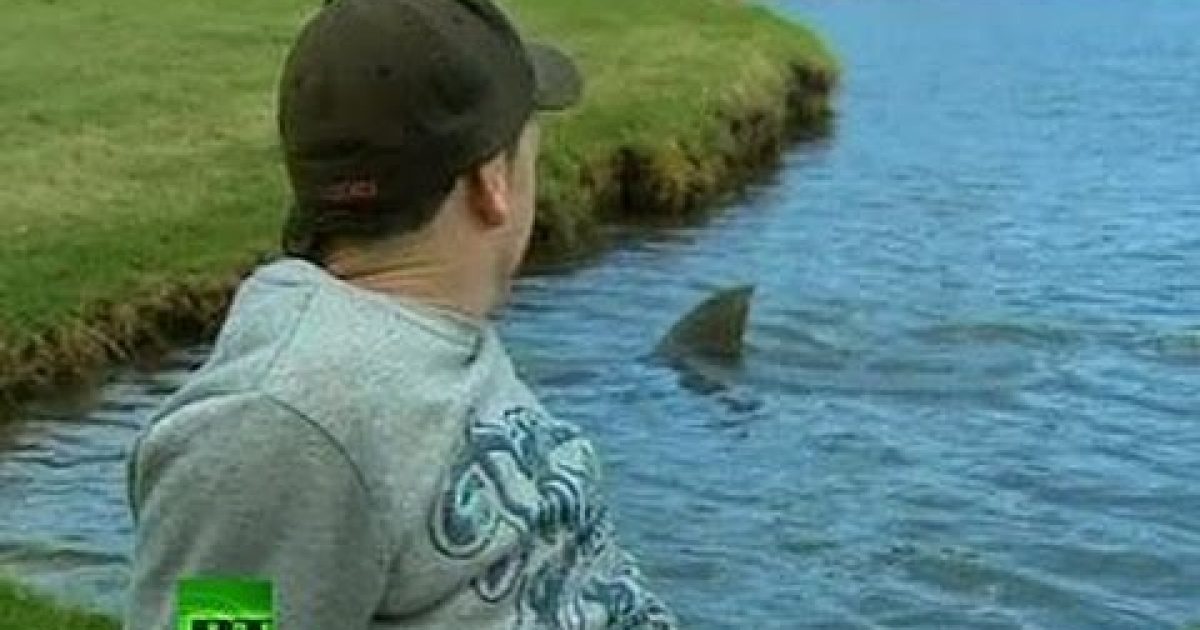 On golf courses all over the world, water features take the form of creeks, rivers, lakes, or oceans and have many purposes on the golf course. Challenge, aesthetics, sound, environmental enhancement drainage and water storage for irrigation, are the direct result of placing water within the layout. But what if you saw sharks in the water features while playing 18 holes of golf? Well that’s what golfer’s see while playing golf at a course in Brisbane Australia.

A golf course near the city of Brisbane in Australia is giving its members a new challenge to overcome – Killer Sharks. Half a dozen predators apparently were washed into the club lake from a nearby river during heavy flooding. Despite being stranded, the sharks seem to be thriving with some of them are even breeding. However, the presence of the sharks hasn’t scared off the golfers, who even say it’s a positive thing for the course.

Brisbane, capital of Queensland, is a large city on the Brisbane River. Clustered in its South Bank cultural precinct are the Queensland Museum and Sciencentre, with noted interactive exhibitions. Another South Bank cultural institution is Queensland Gallery of Modern Art, among Australia’s major contemporary art museums. Looming over the city is Mt. Coot-tha, site of Brisbane Botanic Gardens.