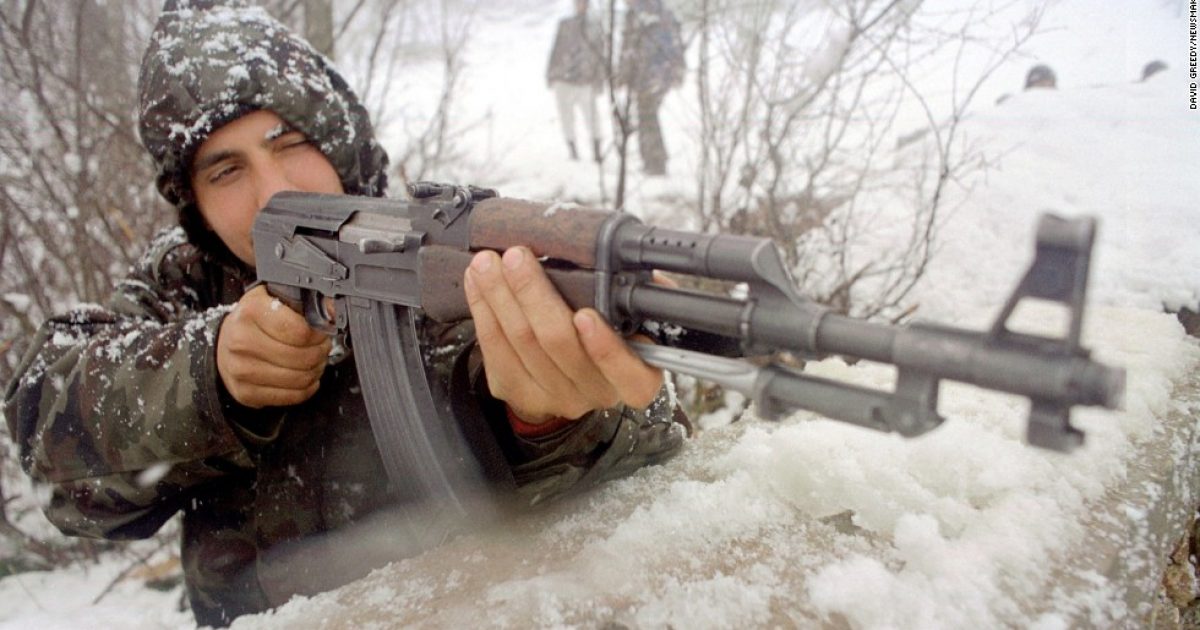 Bear in mind one thing, the AK-47 was built so that a functional illiterate MORON could use it. That’s right, the average Soviet soldier in 1947 was 2 clicks above what you or I would call a moron. So the weapon given to them to use in combat had to be damn near indestructible, simply put, the weapon had to be able to function in virtually any environment on the planet (especially the Russian winter).

The AK-47 assault rifle is easily one of the most iconic and best known modern weapons on the face of the earth, this is almost certainly due, in part, to the legendary reliability of the weapon. I’m not kidding, you can literally run this thing over with a tank, straighten it out with a hammer and the freakin’ thing will still fire.

In the video below, after being buried in ground for over 18 years, an AK-47 can be brought back to life with just a little bit of oil. That is simply amazing durability…these things are damn near indestructible.

The AK-47, or AK as it is officially known (Russian: Автомат Калашникова, translit. Avtomat Kalashnikova, lit. ‘Kalashnikov’s Automatic Rifle’), also known as the Kalashnikov, is a gas-operated, 7.62×39mm assault rifle, developed in the Soviet Union by Mikhail Kalashnikov. It is the originating firearm of the Kalashnikov rifle (or “AK”) family.
Design work on the AK-47 began in 1945. In 1946, the AK-47 was presented for official military trials, and in 1948, the fixed-stock version was introduced into active service with selected units of the Soviet Army. An early development of the design was the AKS (S—Skladnoy or “folding”), which was equipped with an underfolding metal shoulder stock. In early 1949, the AK-47 was officially accepted by the Soviet Armed Forces[8] and used by the majority of the member states of the Warsaw Pact.